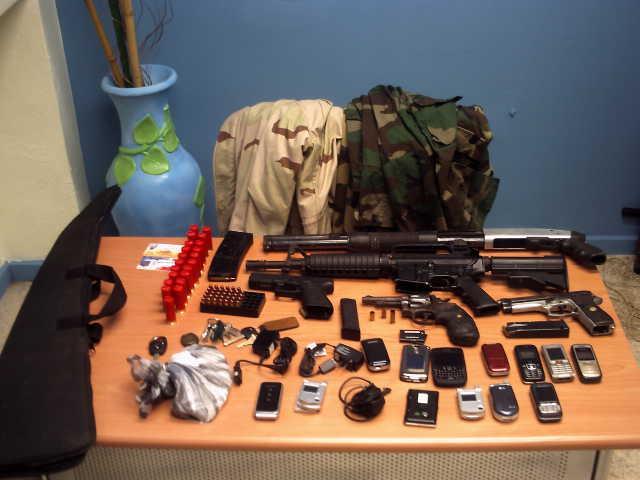 Santo Domingo.- The National Police on Thurs. said it captured three of four members of a ring that steals motorcycles which were sent to Haiti where they were swapped for weapons and drugs.

It said the three were arrested during an operation of its Stolen Vehicle Recovery Division of Santo Domingo Este, which also seized from Luis Manuel de León Valdez, an illegible brand pistol without any documents. They also seized one motorcycle.