Dominicans in NYC: ‘no reform to the Constitution’ 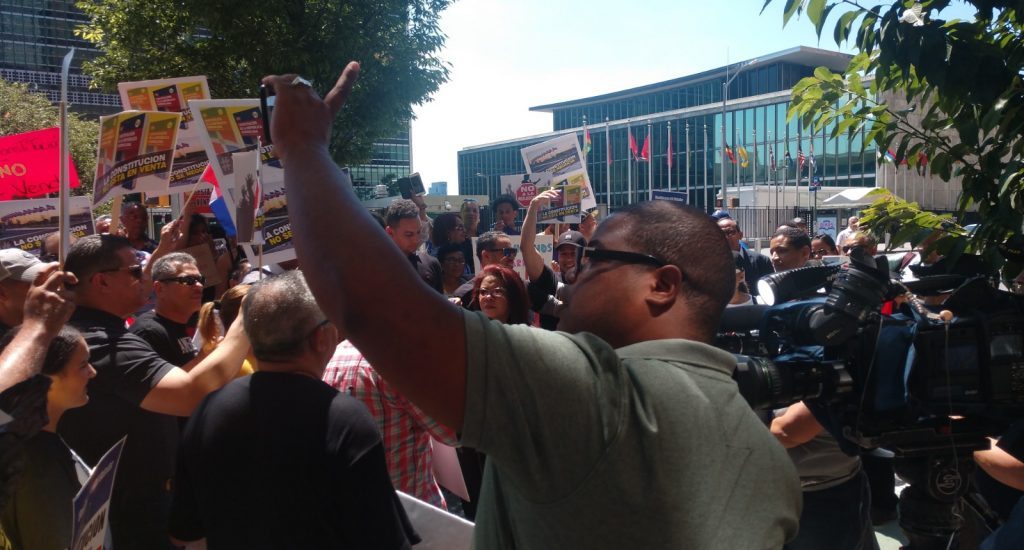 New York.- To the chant “no reform to the Constitution” dozens of Dominicans protested peacefully in front of UN headquarters against an amendment to allow president Danilo Medina to seek another term.

The demonstration took place on First Avenue, between 42nd and 44th streets, in Manhattan, and was called by the Association of Foreign Community Entities (ASODEX) and the New York Community Alliance, led by David Herrera and Juan Corporán, respectively.

They said that another reform of the Constitution would lacerate the institutional structure, so they will not allow “that little group of palace officials and two or three legislators to trample our Magna Charta.”

“We ask the 192 countries represented at the UN to make our Constitution respected. We oppose that the rulers reform the Magna Charta for their benefit whenever they wish,” said the lawyer Pascual Ramírez reading from a document.