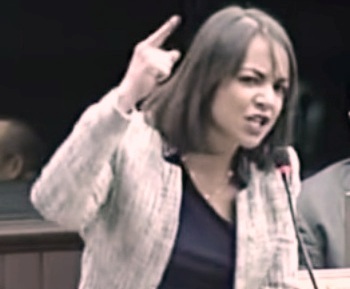 Santo Domingo.- Ronald Sanchez, spokesman for the opposition PRM party deputies, on Tues. said that an Army Intelligence (J-2) agent entered the lower Chamber to photograph his party colleague Faride Raful while she was requesting the removal of Justice minister Jean Alain Rodríguez for the Odebrecht case.

The session was halted for several minutes after Raful’s turn, but then chaos ensued as Chamber president Radhames Camacho and his gavel failed to quell the shouting match.

Moreover the deputies loyal to former president Leonel Fernandez today said that they’ll also not vote on any bill presented until the govt. withdraws the military cordon around Congress.