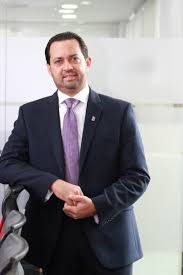 Santo Domingo.- The Dominican Republic Stock Exchange (BVRD) revealed Wed. that it has yet to adopt a position after its president Gregory Salcedo Llibre was linked to Odebrecht’s bribes, specifically to the coal-fired Punta Catalina power plant.

BVRD legal manager Ana María Estrada, told El Día that the issue is being handled by the Board of Directors and that in due course it will state its position.

According to what the International Consortium of Investigative Journalists  (ICIJ), revealed, Salcedo received US$550,000 in “hidden payments” from Odebrecht.

The ICIJ report disclosed by the journalist Alicia Ortega, Salcedo serves as president of the Value Added Finance Inc., which in turn received the US$500,000 through the Innovation Research and Development company on January 31, 2014, months after Odebrecht landed the contract for the Punta Catalina project.