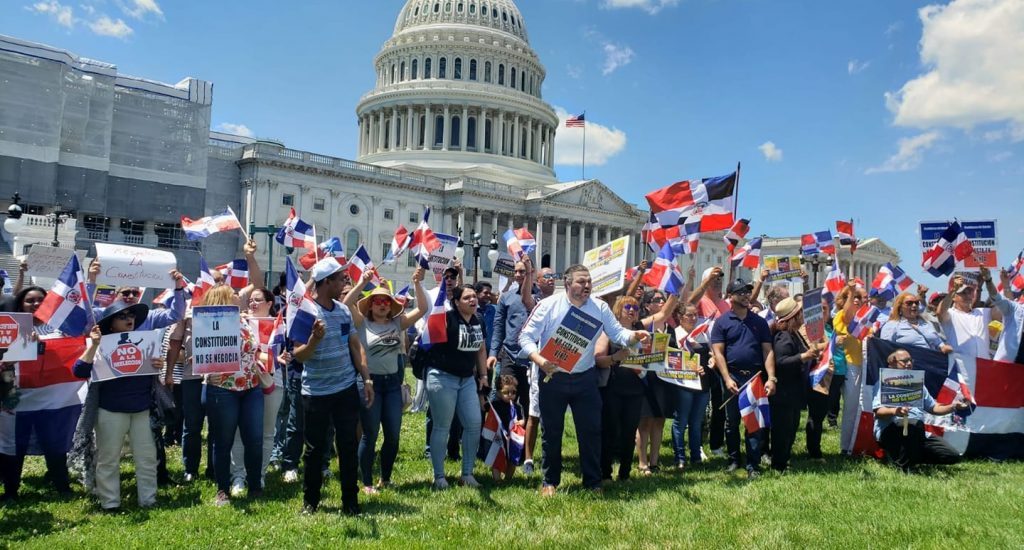 Dozens of Dominicans gathered in front of the US Congress on Sunday and chanting “The Constitution is not for sale” expressed their rejection to alleged plans by Medina and a group of leaders of the ruling PLD party, who according to the protesters, “intend to perpetuate themselves in power.”

“We come here on this day, first, to thank the US congressmen who have identified themselves with this cause, and who have publicly rejected our Constitution being trampled and the will of the vast majority of Dominicans ignored and disrespected,” said one of the organizers.