Constitutionalists affirm Danilo Medina is prevented from a third term

System. Re-Election would constitute a serious attack on the democratic order. Process. They say that reform must guarantee the supremacy of the constitutional text on the presidential level

SANTO DOMINGO. Three constitutional jurists agreed yesterday that the possibility of a third consecutive term, by a president in office, would constitute a serious attack on the democratic order, because the power to reform the Constitution and the powers of the National Assembly Revisara has its limits of the constitutional democracies.

In addition, these limits, in the case of the Dominican Republic, have some express mandates that prohibit an incumbent president from opting for a new term, because it would alter the form of government in the country, which is republican and democratic. 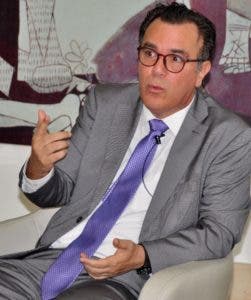 Jottin Cury believes that a reform must be endorsed.

They also agree that the transitional Constitution is a provision that reaffirms that the president can not opt ​​for a third term. For the Constitutionalist lawyers Jottin Cury Jr., Freddy Angel Castro, Rafael Luciano Pichardo, and Manuel Fermín Cabral, a third mandate would denaturalize the system and its characteristics.

They understand that in the Dominican Republic, where the system is democratic, the form of government would be altered if a president is allowed to swear to a third consecutive government or more.

“To accept that the power to reform the Constitution was unlimited, we would have to ask ourselves if the assembly members could not alter the text so that a president could modify the Substantive Letter in 2024 because the problem is not one of numbers. What prevents a president from modifying the Constitution so that the duration of his mandate goes from four to twelve, perhaps to 30 years,” said Fermin Cabral.

Freddy Angel Castro affirmed that with this intention the democratic principle of the constitutional order would be broken as the basis of the functioning of the system, which must be guaranteed.

“Reelection is not a human right, because there is no human right to re-election,” Castro said.
The former vice president of the Supreme Court of Justice, Luciano Pichardo, said that it would be an “abuse” and an attack on fundamental rights, to allow President Danilo Medina, after having exhausted two terms, to opt for a third party. “I support that a third party is not possible,” he said.

In as much, Cury said that for the reforms on fundamental rights it is necessary to realize the popular consultation that was not done in 2016. And later, this reform must be submitted to an approving referendum.

For jurists another issue that should be reviewed through a political agreement is the composition of the National Council of Magistrates, to include the Bar Association. Another point would be to change the vote to approve a reform is two-thirds of the enrollment and not those present, as it is currently.

“There are three elements that must be approved by referendum: the reform of the Constitution, integrate the country to entities or parliaments of the regions and the border regime,” said Castro.

The jurists indicated that the militarization is proof that the crisis of the Dominican Liberation Party has transcended and that the organized society must be empowered because the democratic regime is being altered.

Fermin said that with militarization there is a clear interference of the Executive Power over the Legislative that affects the separation of powers. “If that fence continues, we should see how the work of the Assembly affects them and we could be in a very dangerous de facto situation,” he said.

He recalled that in view of the alleged threats to Congress, a state of emergency is declared as stated in the Constitution, which prevents a process to reform the Substantive Charter from being initiated.

– Convocation
Direct action could be initiated against the law that declares the reform of the Constitution, as a way to create a limit to this regulation, to control the text that is going to be modified.