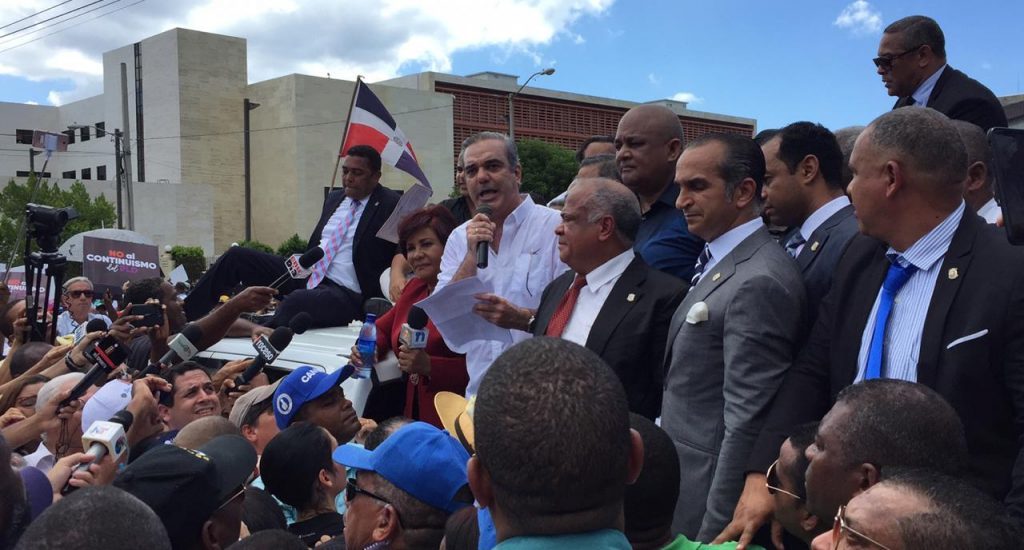 Santo Domingo.- Before hundreds of supporters in front of Congress, opposition party (PRM) candidate Luis Abinader, on Fri. delivered a speech in which he assailed the ruling Dominican Liberation Party (PLD) for in is view having made the continuity in office a “tradition.”

He warned that if the PLD’s push to amend the Constitution succeeds one of the legislative chambers will be forced to take to the streets of the country. He didn’t specify which of the two chambers.

Abinader labeled the PLD infighting pitting the factions headed by president Danilo Medina and former president Leonel Fernández as “a competition of continuing ambitions” within the ruling party.

He added that the PRM will not allow the resurgence of any tyrant such as “Pedro Santana, Lilis or Trujillo.”