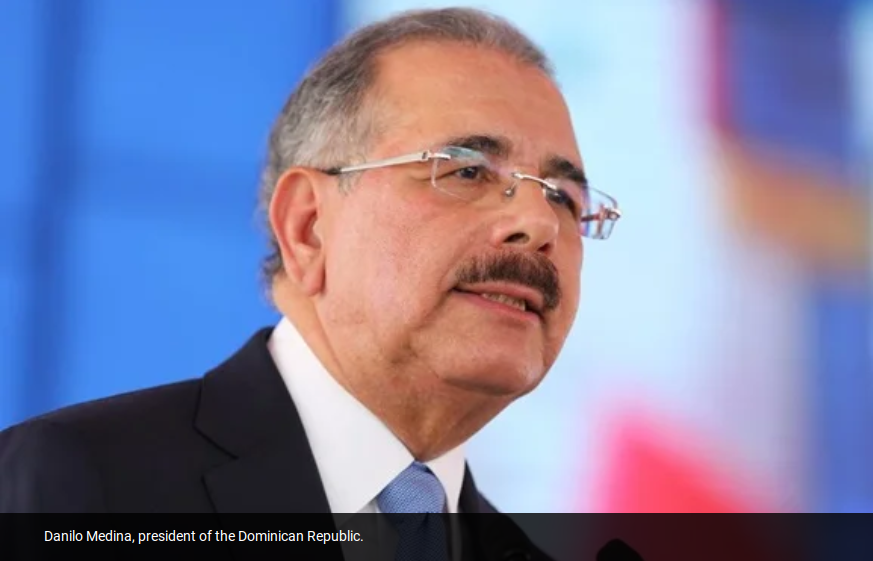 President Danilo Medina told the Secretary of State of the United States, Mike Pompeo, that “you can be assured that whatever my decision (on re-election), the process will be carried out in accordance with the Constitution and the laws.” The president told Pompeo that even if he does not have a decision made regarding the 2020 elections, he will respect the Constitution and the laws.

The Presidency of the Republic, through the General Directorate of Communication (DICOM), confirmed the conversation between Medina and Pompeo in a press release after the United States Embassy in the country made known the content of the treaty.

In a statement, the State Department reported that, on Wednesday, Pompeo and Medina addressed different issues in a telephone call.

The Presidency reported on the telephone conversation held between President Medina and the Secretary of State of the United States, Mike Pompeo.

In statements given by the government spokesman and director of Communication, Roberto Rodríguez Marchena, through his account of the Twitter @RodrigMarchena social network: The Presidency of the Republic confirms that President Danilo Medina held a telephone conversation yesterday with the Secretary of State of the United States, Mike Pompeo.

He maintains that it was an extremely friendly conversation in which Secretary Pompeo praised the Dominican Government for its good work and President Medina for his work and dedication in favor of the welfare and prosperity of the Dominican people.

He pointed out that President Medina is an internationally respected leader and a democratic leader in the region.
Dicom said that Secretary Pompeo also positively praised Dominican democracy and the strengthening of its institutions.

He then went on to specify that when dealing with the issue of the electoral process of 2020, recognized that this is a matter of the Dominican Republic and raised in relation to this process the importance of all political actors committed to the preservation of democratic institutions and with attachment to the Constitution and the laws.

President Medina thanked Secretary Pompeo for the positive assessment he has of the Dominican Government and of his person in particular.

This exchange occurs at the moment when the senators of the Medina current were about to present in the Upper House a bill that could call for reforming the Constitution to enable the President as a candidate.