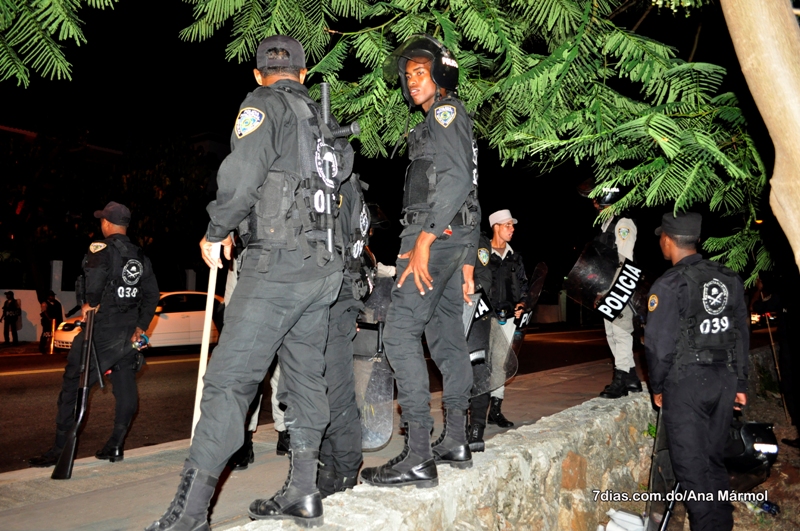 Santo Domingo.- From early morning Friday National Police officers have been posted outside the Diandi XIX tower, which houses the administrative offices of the Odebrecht construction company, in the upscale district El Vergel.

At 9am outlet Diario Libre reports that the police presence is due to a call to protest by company employees.

An officer in charge said the operation is for “security reasons.”

Odebrecht had admittedly paid bribes of US$92 million to Dominican officials.

It also emerged that Odebrecht workers will take a bonus payment dispute to the Labor Court.