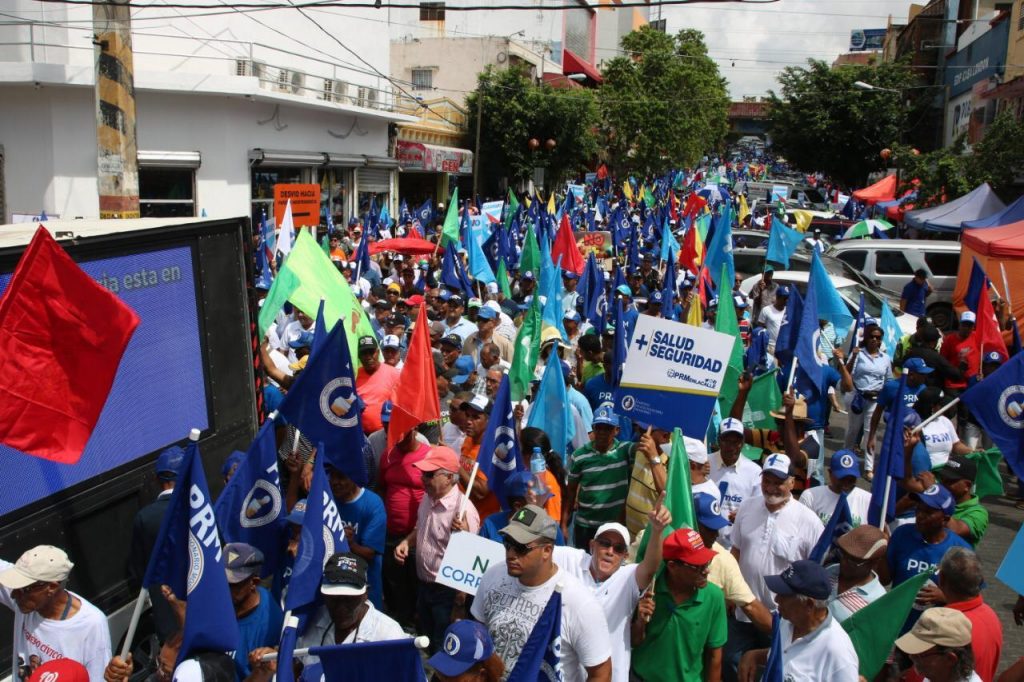 Santo Domingo.- Hundreds of people marched on Sunday along with the major opposition party (PRM), civil society organizations and emerging parties in a protest of “no more impunity, no reelection, against theft, impunity and against the continuity of the PLD administration.

The march, which departed from Duarte Av. past 10am, was led by Democratic Coalition spokesman, Juan Bolívar Díaz, and PRM president José Ignacio Paliza, among other civil society and political leaders, who unfurled a large poster that read “No reelection.”

In a statement the PRM thanked the thousands of people who participated in the march, while emphasizing that “the citizenry demands a government capable of strengthening democracy and which promotes the transformations that society needs.”