Medina inaugurates another Interagency Task Force on the border 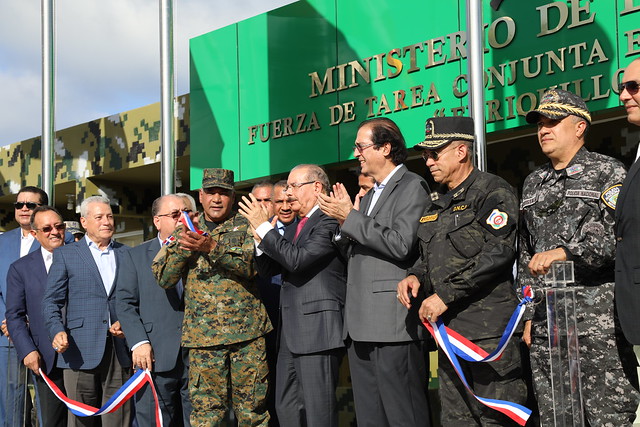 Enriquillo, Dominican Republic.-  President Danilo Medina on Tues. inaugurated the Enriquillo Joint Interagency Task Force, on the border with Hait, the third in as many monthsi.

It’s the fifth Interagency Coordinated Border Management Post built by Medina’s administration to strengthen controls on immigration, customs and the trafficking of weapons, people and merchandise.

“Likewise, prevent the entry of controlled substances, prevent the entry of diseases of the border area, establish controls on animal and plant health, and other illegal activities that can be detected, thus guaranteeing internal and citizen security in the national territory,” the presidency said in a statement.