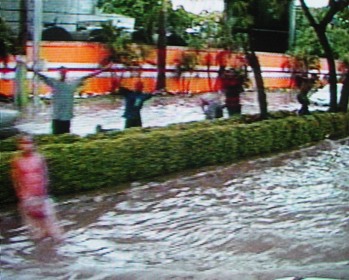 Santo Domingo.- The Emergency Operations Center (COE) issued alerts to the National District and 10 other provinces on Monday on possible urban and rural flash floods and swelled rivers and ravines as well as landslides.

In a statement, the COE says it monitors an area of downpours and thunderstorms associated with a tropical wave in the east-southeast of the Caribbean Sea, with a low probability of becoming a tropical cyclone in the next 48 hours while waiting for it to veer to a west-northwest course.