About those poisonous animals of the Dominican Republic… 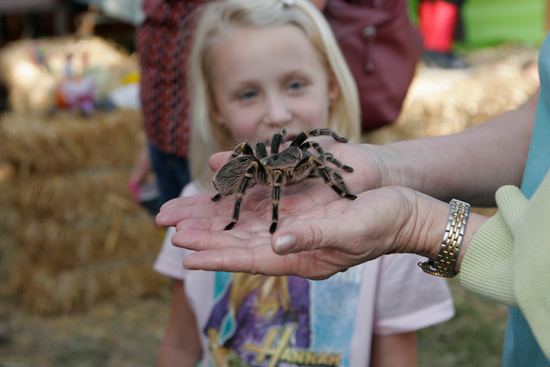 Many tarantulas, including the Hispaniola giant tarantula, make great pets for the enthusiast 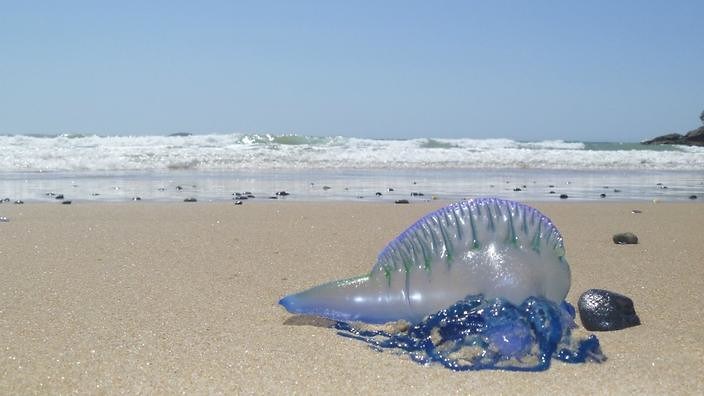 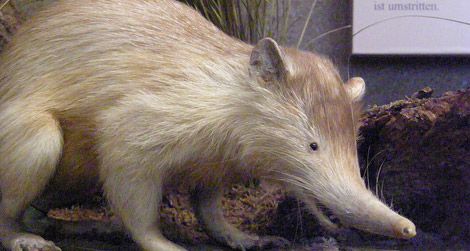 There’s been so much apparent confusion and complete misunderstanding in the comments section that I felt it necessary to explain something. First off, I am delighted that so many of you are not only reading but responding to our articles! Thank you for that.

But you should know that this article originally appeared in the Dominican newspaper Diario Libre and was written by Dominican journalist Marvin del Cid. I translated it from the original Spanish, added a few of my comments, interjections, and additions, and reposted it in English here at Dominican Today.

Secondly, I wrote a column defending the DR against the negative, overly-alarming speculative media campaign surrounding the deaths of American tourists at Dominican resorts from March through June 2019. https://dominicantoday.com/dr/local/2019/06/22/american-tourist-deaths-in-the-dr-a-ground-level-perspective/

I certainly did not intend the article to be negative at all in any way toward the DR: after all, EVERY country has its potentially dangerous creatures. I posted it in the spirit of openness and honesty about what people: tourists, visitors, and locals alike might encounter in the way of wildlife while they are here. I have seen and met many of these creatures first-hand on the north coast, and I know others who were unpleasantly surprised by encounters. NONE of the meetings were harmful or tragic – to the contrary, they were quite stimulating and fascinating.

One of the worst things to do is to suppress information from any would-be visitors. I don’t know about you, but I like to be informed of possible dangers or things to watch out for when in a new or unknown environment. Finding out about a rattlesnake after you have stepped on it and aroused its anger is not the best way to discover such a creature. Nor is it the ideal way to experience its best behavior. Rattlesnakes do not, by their nature, desire, or seek out conflicts. They would much prefer to be left alone. And if you keep a proper lookout for them on the trail and know their habits and mannerisms you can avoid disturbing them and prevent an unpleasant encounter for the both of you. And this is information I had given many a visiting friend in Arizona, California, and Colorado when I lived in those states.

I have always had a fascination for and an interest in venomous and dangerous creatures. I grew up in the land of black widows and brown recluse spiders, centipedes, kissing/assassin bugs, mountain lions, coyotes, bears, scorpions, tarantulas, and rattlesnakes. I lived in their realms throughout my entire childhood, teens, and early adulthood, and have never been hurt by any. But I have been stung by bees a few times. After mosquitoes, which are the most dangerous insect species on Earth causing 1 million deaths every year by transmitting deadly malaria disease, bees kill more people annually than any other insect, arthropod or animal in the US.

Not that it’s any contest, but there are far more dangerous life-threatening creatures in the US than in the DR. From mountain lions and bears to huge alligators, moose, cottonmouth vipers, and the rattlesnakes mentioned above: there are all kinds of potentially dangerous vertebrates and invertebrates. Don’t even get me started on the insects, arachnids, and chilopods in America! Heck, even in Hawaii, there are potentially dangerous sharks and wild boars, not to mention Portuguese Man-O-War. 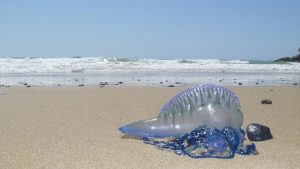 Every creature has its purpose in the ecological chain: even dastardly mosquitoes are a food source for countless numbers of other animals.

And while some of them can be frightening, disturbing or even downright dangerous, many are beneficial pest controllers. And the majority of them do not want to, nor do they actively seek trouble. Knowledge of them and about them is the very best defense one can have in avoiding an unpleasant encounter with any of them.

Now, in the name of fairness and perspective, I will cite some statistics about dangerous critters of the USA and annual deaths caused by them. Keep in mind that there are FAR more deadly creatures, critters, and creepy crawlies in the US than there are in the Dominican Republic.

Rounded to the nearest whole number, sharks killed about one person per year between 2001 and 2013. Same for alligators and bears, for that matter. Sharks, gators, and bears combined killed half as many people as snakes (6 deaths per year) and spiders (7 deaths per year).

Non-venomous arthropods — various ants and other terrible non-poisonous bugs — kill nine people each year. But these pale in comparison to the deaths caused by nature’s silent, stealthy killers — cows.

A CDC report from a few years back found that cows killed about twenty people a year in the mid-2000s. That makes cows about 20 times as lethal as sharks. These deaths aren’t due to marauding packs of feral bovines terrorizing suburban neighborhoods, but rather incidents involving working with cattle on farms. As the CDC report notes, “large livestock are powerful, quick, protective of their territory and offspring, and especially unpredictable during breeding and birthing periods.” Most people killed by cows are farmworkers.

Going beyond cattle, dogs about kill 28 people per year, and other miscellaneous mammals, like horses, pigs, deer and the like, kill 52 (note that all of these numbers exclude deaths due to vehicle collisions with these animals, which the CDC tracks separately). But the number 1 animal killers on an annual basis are bees, wasps, and hornets, responsible for 58 deaths each year — mostly due to anaphylactic shock after a sting.

Some perspective: There are approximately 200 deaths per year attributed to dangerous animals in the USA. There are 33,000 deaths caused by automobile accidents per year in the USA.

Let’s look at the numbers. On average, in any given year, approximately 200 people are killed by animals in the US. Meaning there is a 0.0000606060606061% or close to no chance of meeting one’s end due to a run-in with a lethal animal or invertebrate in the USA.

Here’s the thing: one can live a whole lifetime without ever running into or seeing these creatures even when they surround one. If you live in a city or town, you’re not as likely to see a centipede as someone who lives in the countryside. City dwellers may not be aware of many or any of these animals.

I admit to being one of those who find such wild things quite spellbinding—to the point where I have sought them out. I used to work with the Sheriff’s Department in Arizona, removing rattlesnakes from people’s homes, and I collected venomous arachnids and chilopods for the antivenom research centers.

Instead of fearing these creatures, try learning about them. For example, the solenodon lived all over North America 30 million years ago, but today they are only found on the islands of Cuba and Hispaniola. It is one of the few mammals that survived the dinosaur extinction and is now endangered itself due to the introduction of dogs and cats. There is extremely little chance of being bitten by the small half-cat-sized critter, and it wouldn’t be fatal if you did. 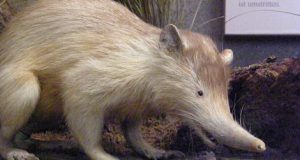 Getting to know the more fascinating aspects, habits, and abilities of the not so warm and fuzzy wildlife, their function in the environment, and the benefits they provide can lead to fascination replacing fear.

And always respect them. Even the creepiest critters have every right to live, and they have an essential place in the ecosystem of the DR.

If you ever encounter any such intimidating life forms, and feel uncomfortable about it, get out of their way if possible. If not, try to remove them peacefully by gently coaxing them out with a broom or long (2 meters) pole. Be careful not to harm or upset them. Use slow, gentle movements, and don’t panic.

Far from being a negative feature or any reason to avoid the DR, these wondrous residents add a little more spice, excitement, and allure to the already beautiful, bountiful, and rewarding experience of life in the incredible Dominican Republic.