30 children die with symptoms of dengue 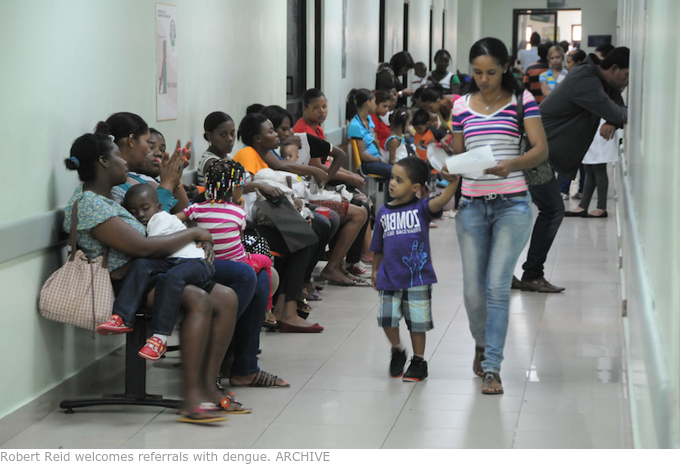 The renowned pediatrician Jesus Feris Iglesias revealed that more than 30 children have died in the Robert Reid Cabral children’s hospital with dengue symptoms.

The doctor, who serves as an advisor to the Department of Infectology of that care center, said that there are about 900 infants who have been treated with the symptomatology of the disease.

Feris Iglesias said he would never give information that does not correspond to reality because regardless of his status as leader of an opposition party, he has always known how to differentiate between what is science from what is political.

Interviewed by the D’Agenda program, the doctor insisted that he will not bias his views with politics, and consequently when he speaks he always sticks to the truth.

He explained that when trying to minimize that reality, doctors come to a situation that they are reserved because they do not want to lose their jobs.

“If 900 cases or about 900 cases of dengue have been admitted to the hospital, and more than 30 dies, well if they entered with suspicions of dengue, death is likely attributable to dengue until proven otherwise. However, they say that the definitive diagnosis must be made. Of course, but if we are in a dengue epidemic, and there are deaths from dengue, it is dengue, do not try to cover it up on the other hand,” explained the doctor who has always practiced in the Robert Reid Cabral hospital.

“There are more than 30 deaths according to the diagnosis of death of those cases that were admitted as dengue, and if you add from the other hospitals, of course, the National Directorate of Epidemiology must have that info.”