Candidates deploy in the country in search of presidential nomination 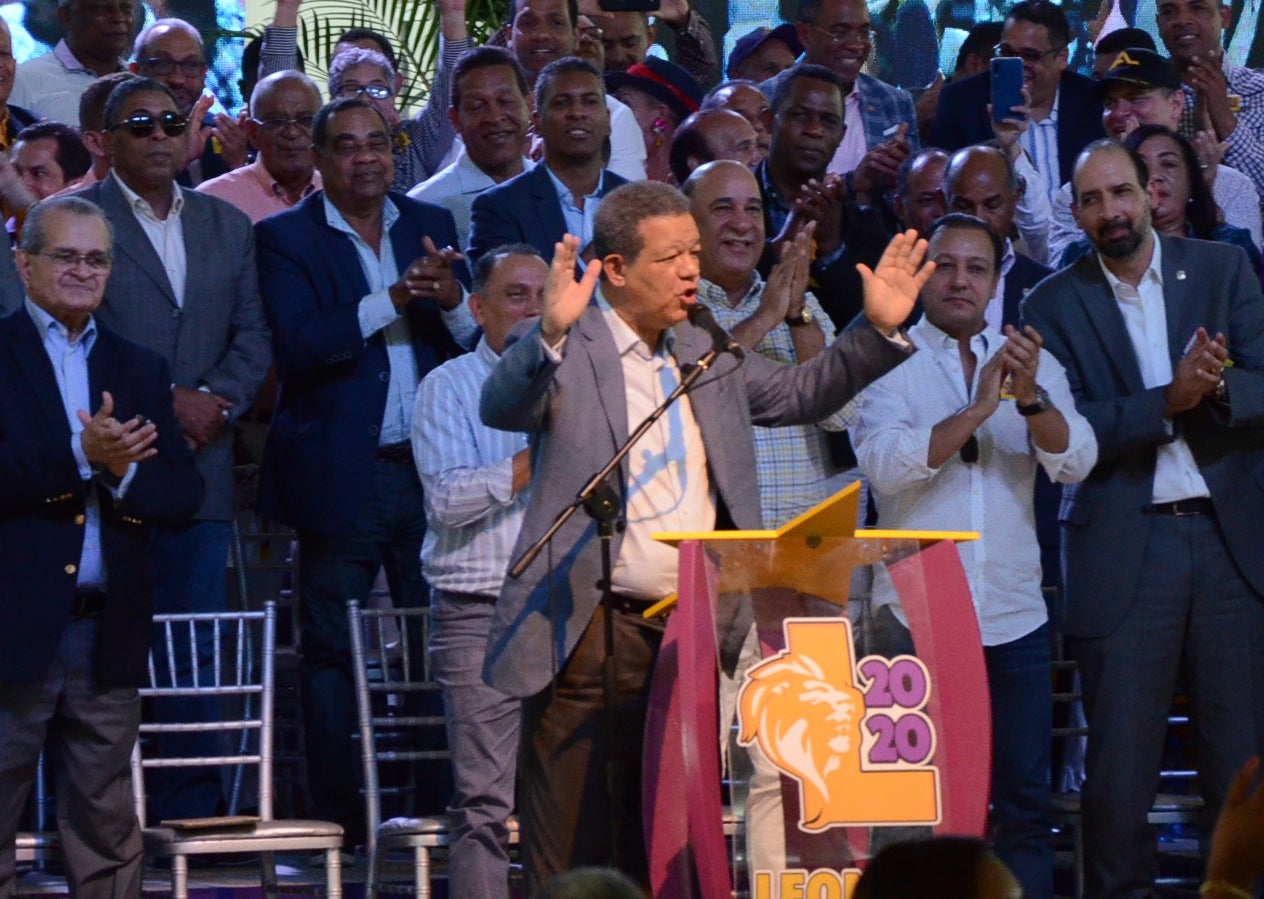 Optimism. Leonel is sure to be chosen as a candidate in the open primaries of October 6 Commitment. Dancers promise to continue the work of the Government of Medina.

A few hours after the meeting of the Central Committee of the Dominican Liberation Party ( PLD ) in which eleven presidential candidates were elected, proselytizing that party was activated again.

Yesterday, the former president of the Republic, Leonel Fernández, announced that he will start today a tour of the provinces.

Fernández said that his work will not contemplate “any rest, because shrimp that falls asleep gets carried on the current.”

Despite these statements, he was convinced to win the primaries decisively.

In an assembly, in which the members of his political team participated, Fernández said that “we can save ourselves on October 6, because this lawsuit is already won.”

He was reiterative at this point, insisting that they were “bewitched” there because the victory in the primaries is certain.

He recalled that in 1996 he began the electoral contest with a 13% acceptance among the electorate and that at present the polls place him above the 50 percent range.

The three-time president of the Republic stressed that the progress that the country has experienced in recent years is thanks to the governments of the PLD, but that progress is a work that never ends and therefore from 2020 will begin a new development chapter in Dominican democratic history.

While this event was taking place, in San Cristobal, Temístocles Montás, in a similar act he undertook to work for security, declaring it as his priority in a government headed by him.

“People understand that here citizen safety has been lost, to all the places that I go to the main concern of men and women; young and old is that nobody feels safe in the streets and even in their own homes,” said Montás.

The also aspiring Gonzalo Castillo, did the same in Barahona linking with the work of Government of Danilo and promising special attention to women, children and the Dominican countryside.

He also touched on the issue of citizen insecurity and safety and said he will develop programs similar to those he created while serving as Minister of Public Works.

And in San Juan, the province of President Medina, Carlos Amarante Baret offered its inhabitants to honor their condition of being called Granero del Sur (Grainery of the South), strengthening agriculture and promoting tourism.

“In San Juan, I will build the South Merca in support of the producers so that they do not continue to depend on the intermediaries, who are, in short, those who are left with the wealth of this land,” Amarante proclaimed.

– Security
Franklin Almeyda said yesterday that they were convinced that whoever wins the October primary in the PLD will be the next president of the Republic. His opinion is shared by all the candidates.

Linking The presidential candidate of the Dominican Liberation Party, Reinaldo Pared Pérez, proclaimed his support for the aspirations of Deputy Yomaira Medina and Lenín de la Rosa to the Senate and the Mayor’s Office of San Juan de la Maguana.

“I am a politician who has always competed most strongly against my own limits. And here in San Juan I will compete with Lenin de la Rosa for the Mayor’s Office and with Yomaira Medina for the Senate, with the assurance that the two will be successful in the primaries of October 6, in the municipal elections of the third Sunday, February and at the May 2020 congresses,” said Perez Pared.