International Youth Day: 20% of RD youth do not study or work 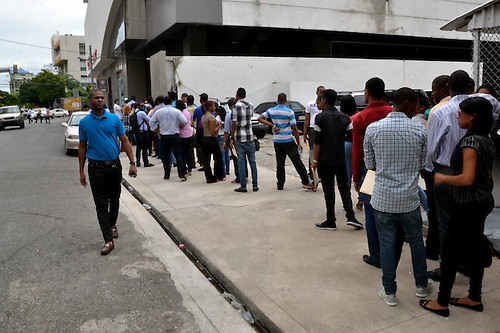 SANTO DOMINGO, Dominican Republic.- International Youth Day finds Dominican youth in situations that interfere with their progress in all areas of their lives and an example of this is that one in five does not work or study, and everything that this represents.

Youth SOS Children’s Villages calls on the State, civil society and the private sector to produce reforms that promote youth development, after disseminating figures from the National Statistics Office (ONE) that reveal that 20% of young people in the country (15 and 24 years) does not study or work, of which 66.7% are women.

On the occasion of International Youth Day, SOS Children’s Villages calls on the State, civil society and the private sector “to join forces in the direction of producing the reforms that the country requires in order to transform education, both at the medium and university levels, so that it responds to the reality and development expectations of Dominican youth,” it said in a statement.

The General Assembly of the United Nations designated August 12 as International Youth Day, an annual celebration that seeks since 1999 “to promote the role of young people as essential partners in the processes of change and create a space to raise awareness about the challenges and problems they face.”

“The transformation to which we refer – continues the SOS Children’s Villages communiqué – suggests, among other aspects, the approach of fundamental issues, starting with the insertion and job security for university students to cover their needs, including their own education.”

As important as this, adds SOS Youth Village Villages, is “the innovation of the curricula at the middle and upper level in line with the requirements of the labor market.”

Children’s Villages SOS recalls that young people in the Dominican Republic represent 36% of the total population of the country, which constitutes the highest “demographic bonus” in Latin America.

It is a bonus because it constitutes “a great opportunity to boost development”.

It would be expected that young people between 15 and 19 years of age are completing their secondary education cycle with others transitioning or studying at the university, but “only 79% regularly attend school, college or university,” held based on figures from ENHOGAR to 2017.

These and many other adverse situations “face the youth of today,” said the organization defending the right of children to live in a family.

According to official figures, 39% of university students leave the classrooms, of which between 43% and 47% correspond to the public university (UASD) and other low-cost universities (ONE, 2015).

“This could be affecting these figures, it may be the socioeconomic situation of this population who mostly have to work to pay for their studies,” added the text of SOS Children’s Villages.

The organization specializing in alternative care cited that a survey applied to university students by the digital newspaper El Dinero showed that 49% mentioned the labor guarantee as the main solution to university drop-out and secondly the improvement of educational quality with 28%.

Children’s Villages SOS Dominican Republic is a non-profit organization that works for the right of children to live as a family. It works directly in the areas of care, education, and health in pursuit of children who have lost parental care or are at risk of losing it.

It serves more than 370 children and adolescents and young people in programs located in Los Jardines del Norte, Los Mina, and Santiago de los Caballeros. Established in the DR in 1979, after the passage of Hurricane David, SOS Children’s Villages International is part of an organization that brings together 135 National Member Associations worldwide.

Founded in Austria by Hermann Gmeiner, in 1949, the work of SOS Children’s Villages is inspired by the dissemination and application of the Guidelines on alternative care outlined in the United Nations Convention on the Rights of the Child.

In the Dominican Republic, SOS Children’s Villages is part of the NGO Coalition for Children. It works hand in hand with the State in training processes for caregivers of children, their families, and their communities so that they can provide adequate care and protection and prevent family separation.