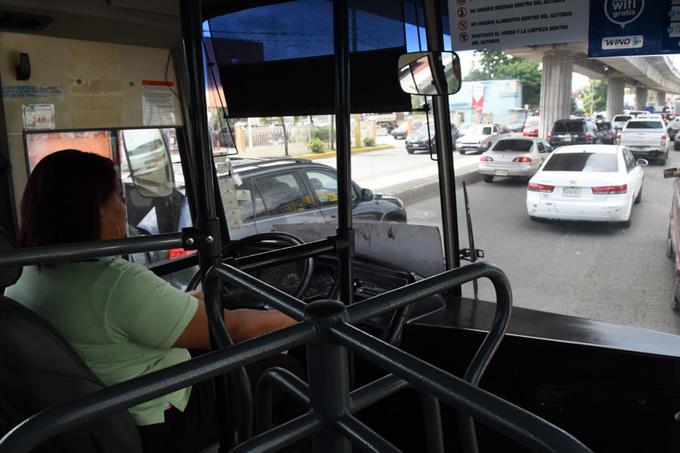 One of the WHOA drivers responsible for transporting users of the Feria-Vila Mella route. JORGE CRUZ / LD

The women of the Corredor Máximo Gómez, of the OMSA, are the owners of this route.

With kindness and a smile, they receive hundreds of passengers who for RD $ 15 take them from the Center of the Heroes, in the National District, to the Mamá Tingó station, in Villa Mella, traveling 68 stops located at specific points and marked along the way.

Concentrated on the steering wheel, they make the maneuvers like any driver of heavy vehicles, with several changes, with one foot on the accelerator and another on the brake, they also alert the passengers how far their route is.

Some do not even flinch when they see that there is a woman at the wheel, others greet them with humor and call them dolls or princesses, to which they only laugh. With the skill that only a person of several years behind the wheel can acquire, they travel through the streets of Santo Domingo, traveling a total of 28.8 kilometers.

Katherine Santana is one of the 16 graceful chauffeurs who were trained to perform the task of driving. For Santana, her passion for driving has been growing for several years, since her husband is a driver just like her and it was he who taught her to drive. “My family has always supported me, I love what I do because it is a sign that sexist behavior is diminishing in society, there are difficult times, but most of them are full of love and feel very good,” she explained.

Over time Katherine has learned not only to take the bus, but she also knows the basic technicalities of a driver, such as changing the oil, checking the tires, that the dashboard lights are in order, the fuel levels and always carrying a gallon of water, in case the vehicle heats up. 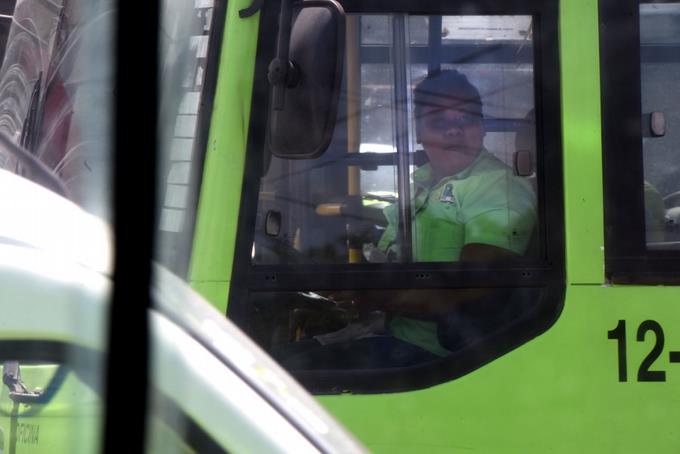 Like Katherine, María Almonte is another of the conductors of this route. She entered OMSA several years ago as a cashier and was excited ever since being told about the driver training course.

“I didn’t believe it until they told me, that we were going to drive, I’ll never forget those words of the advisor and the emotion I felt when holding the bus keys for the first time. Thanks to this, I can earn a livelihood for my family and they support and admire me,” she said excitedly.

Maria has also had to deal with difficult times.

The young woman said that on some occasions she has been sent to scrub for her income, due to the strong discrimination, but that has never stopped her.

“There are many people who admire and recognize my work, but others are bothered and have told me everything, I just laugh because I understand that they are people with lack of knowledge, I would also like this inclusion to transcend all sectors of society,” said Almonte.

Maria had not touched a steering wheel in her life until she was chosen for the training course. She loves to drive, it has become her passion.

Corridor users indicated that despite the benefits and safety of OMSA buses, the duration, every 30 minutes one passes, is the main complaint. They expect them to include more buses and more women. 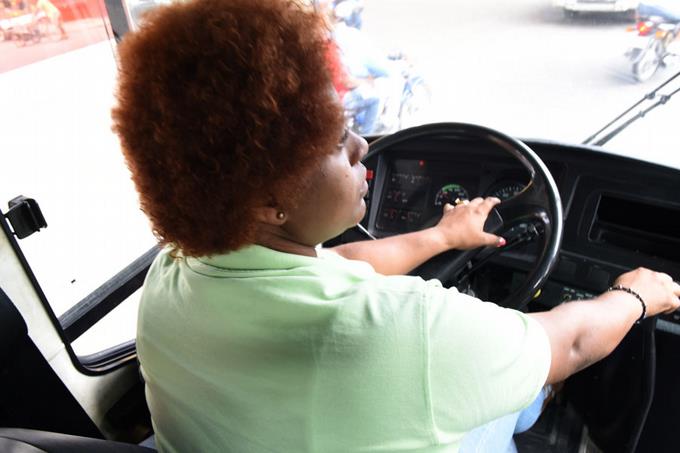 Within the route, the 16 women are divided into two shifts, one from six in the morning until two in the afternoon and another from two until 10 at night. Two groups of 8 women work in the morning and evening batches.

The buses are enabled with Wifi signal, air conditioning, comfortable seats and automatic doors, which are displayed at each stop. Upon entering the bus there is a sign with the visible rules and a message: Enjoy your trip!

The Máximo Gómez corridor runs from the Fair, with its control point, to the Imposdom parking lot, to the Mamá Tingó station, in Villa Mella.