Agriculture and FARD agree to allocate 1,500 tasks (land plots) for the production of livestock feed 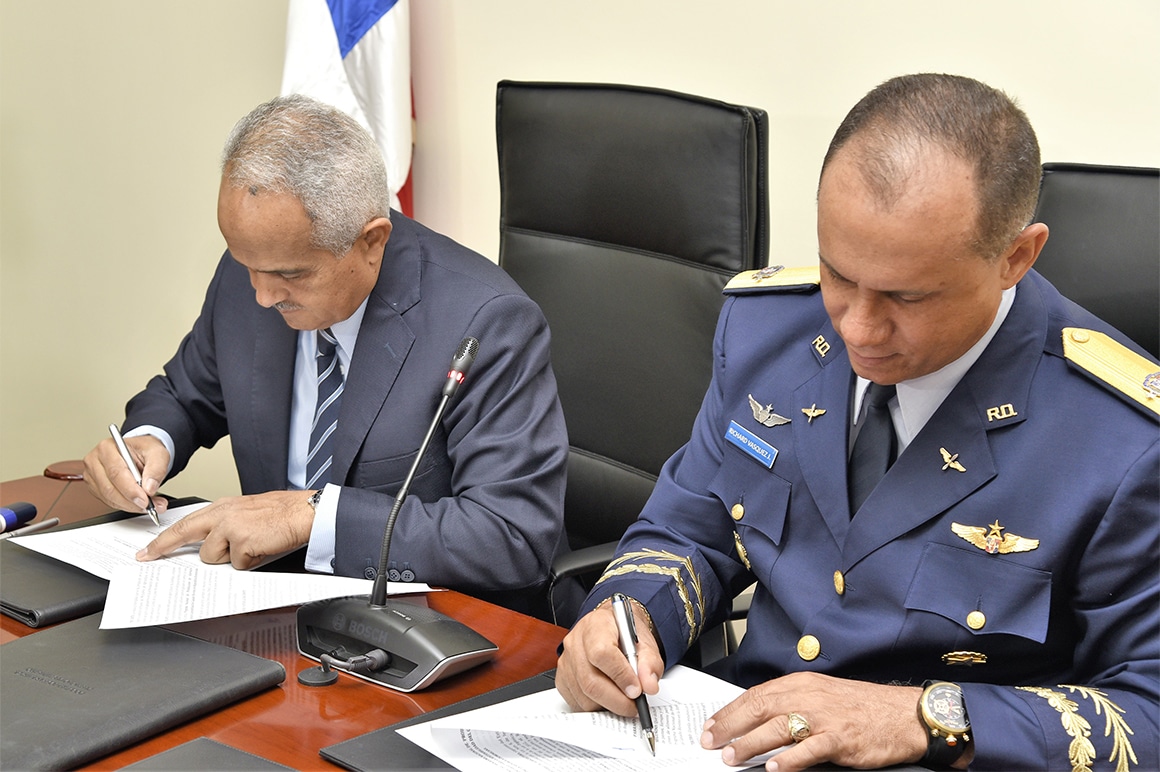 SANTO DOMINGO, Dominican Republic.- The Minister of Agriculture, Osmar Benítez and the General Commander of the Dominican Air Force (FARD), Major General Richard Vásquez Jiménez, signed an agreement that will allow the development of 1,500 plots to plant pastures, forage, and cereals for the production of bales of feed for cattle throughout the country.

Benítez said that the agreement is part of the national strategy developed by the entity to improve Dominican livestock and that the country meets the requirements to export beef of bovine origin, also marks the beginning of the National Program of Alternative Food Production for Bovine Livestock Sustainability in the Dominican Republic

He indicated that the agricultural entity will use the land around the landing strip, owned by FARD, located in the province of Dajabón, for the development of the project that will serve as an alternative for the production of hay bales so that farmers can have food enough for times of drought and shortages, especially in the Northwest Line.

The minister said that “it is an obligation of the Dominican State to guarantee the food security of the country, in quantity and quality appropriate to the requirements of the population, as well as to encourage production levels that allow increased exports of meat and dairy products… this translates in better income and foreign exchange to the country, at the same time it improves the quality of life of national producers.”

The FARD representative, Major General Richard Vásquez Jiménez, thanked Minister Benítez for including the military entity in supporting measures that seek to minimize the impact caused by drought in production and said they have all the assistance that is necessary for the development of the program.

Livestock is one of the main productive activities of the country, which requires adequate levels of attention, so the Government seeks to guarantee measures that minimize the impact of the drought that has affected the Dominican Republic and part of the Caribbean area in recent years.

The measure is framed within the five axes of livestock improvement, which includes health as the main measure; reproduction, food, infrastructure, and marketing.