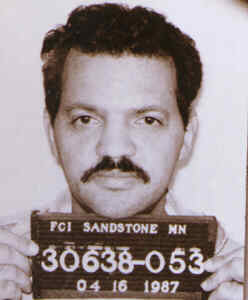 The father of Peralta’s spouse Marisol Franco, and who yesterday was arrested during a raid on her residence in the upscale Naco sector, drew headlines and pages of the national media in the 80s and 90s, due to his long prison term and a long-standing extradition request by the US.

Franklin Franco was originally accused of escaping from a maximum security prison in Sandstone, Minnesota, where he was imprisoned for forging immigration documents.

However, Franklin Franco was arrested in Puerto Plata in 1989 and taken to the National Drug Control Directorate (DNCD) headquarters, where he was charged in various drug trafficking cases. He is considered the country’s first major drug trafficker.