In a year Dominicans paid 15 billion pesos in “tips” 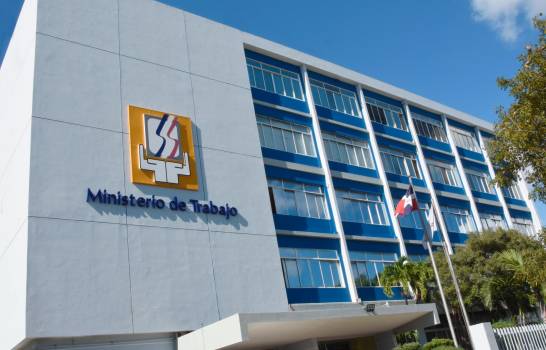 Facade of the Ministry of Labor. (PHOTO EXTERNAL SOURCE.)

When eating in a restaurant and having a beer in establishments that have services at the table, and even buying food and drinks directly in a commercial plaza, are all circumstances that have something in common. The client pays more than he consumes, and that extra cost, in some cases is legal and in others, it is not.Another common element … it is happening under sunlight or moonlight, which allows it to be seen socially.

This cost overrun is the mandatory tip, equivalent to 10% of the value of what is consumed, which is also added to the affectionate 18% of the tax on the transfer of industrialized goods (ITBIS), to raise it to 28%.

In 2017, the last year for which the General Directorate of Internal Taxes has published that information, the final consumer, that collective name that means millions of buyers, paid for a mandatory tip 0.4% of the gross domestic product.

In money that sounds in the pockets, that percentage amounts to an equal amount of collective totaling about 15.2 billion pesos.

In the same year, the same consumers paid a total of RD $ 94.8 billion for the internal ITBIS. Likewise, another RD $ 89 billion for additional and selective taxes on goods and services, which tax the products derived from alcohol, tobacco, and a large part of those from hydrocarbons, insurance, and telecommunications. To these amounts, the mandatory 10% of the legal tip is added, in consumer spending.

Law 16-92 on the Labor Code establishes in its article 228 that in commercial establishments where “food or drinks are sold for consumption in those same places,” it is mandatory for employees to add ten percent for a tip to customer accounts.” And it clearly mandates that these funds be “fully distributed among the workers who have served.”

In 2011, the then Minister of Labor, Francisco Domínguez Brito, the media attributed the following statement: “Unfortunately, in many bars and restaurants there is a situation where the tips and the 10% established in the law are not reaching waiters and employees, and taking into account that there are more than 200,000 employees that in one way or another work in the sector, we are going to operate and exhaust all the necessary processes to identify in which cases that is happening.”

More recently, the issue of illegal charges of “legal tips” to consumers has been brought to the fore. In August 2016, Anina del Castillo, executive director of Pro Consumidor stated in a statement that according to what is established in article 228 of the Labor Code, the legal tip must be fully distributed among the workers who have served, “but that when the user indicates that their purchase will be ‘to take away or at home,’ said percentage cannot be applied.”

And today, it is common in food and beverage businesses located in shopping malls that the consumer is charged 10% for something to take home, without anyone offering the service, other than the charge that the cashier applies.

And that happens openly.

The facade of Pro-Consumer in the National District. ( EXTERNAL SOURCE.