Traffickers left many traces for DEA and FBI agents 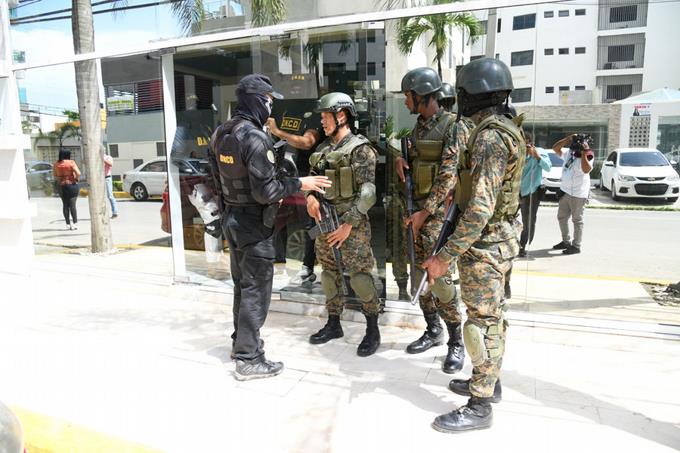 Drug traffickers face all dangers and protect their businesses to the point of killing, but they fear more than “the devil himself on the cross” the possible despicable scenario of extradition and jail in American territory.

BEAT THE NARCO. Case “The Abuser”

While their ego and power grow, enjoying a radiant life of princes with their splendid drug businesses, kneading money and property, and enjoying the charms of the high society environment, Dominican drug dealers seem to dismiss vital details for their stability and coexistence, without perceiving the risks of such obfuscation.

Just this deal, day and night, the intelligence and justice agencies of the United States, which in due course will dismantle everything, take them to their most frightening destiny: Extradition and jail.

They always face the dangers and protect their businesses, to the point of killing, but they fear more than “the devil himself on the cross” the possible despicable scenario of extradition and jail in American territory.

Landing in a maximum-security prison in the United States is a distressing issue for drug traffickers. From arrest, their presence in hearings and the final process of extradition, the faces of the Dominicans claimed by the US always present the same picture of embarrassment.

There they will have to serve their sentences in almost total isolation from the outside world, visits under control and anguishing vigilance. Here in the DR, on the contrary, it would be another story told to songs and rituals, but in America, power and money do not distort the rules or order.

And that is what they know from the United States prosecutors who direct criminal investigation and the exercise of public criminal action there. They know of their weaknesses, individuals easy to tame and that, when they fall into the powerful hands of justice, they become first domino pieces, ready, at first touch, to cause the fall of the rest.

The almost total carelessness of the Dominican drug traffickers while managing their drug trafficking businesses has again become evident after the dismantling of the network led by César ‘El Abusador’ Emilio Peralta.

While focusing his attention on his criminal activity, this brotherhood disregarded details that are, to be fair, the basic work pattern of the Drug Enforcement Administration (DEA) and the Federal Bureau of Investigation (FBI), based on the collection of intelligence data by their agents, infiltration work, data with plea bargains and negotiations negotiated with captured individuals, to reduce their sentences.

The agencies also utilize telephone interceptions and, as a brilliant strategy, they encourage intrigue plans between rival groups, to create frictions and confrontations, in what seems to apply three of five critical factors of the book “The Art of War,” by the writer and Chinese military strategist Sun Tzu: attack, alliances, strategy.

Another key fact to end criminal structures is the granting of freedom of operations to drug groups, which in turn provide data of their opponents to take them out of the market and assume their positions.

Despite their abilities to manage the drug trafficking business, they noticed that compromising conversations conducted via their mobiles were recorded in at least 25 legal interceptions by US agencies and local authorities.

Suspect’s movements were promptly monitored. Their clumsy figures through social networks were the last straw. Among the less exposed and ostentatious figure Toño Leña, who, contrary to the dress, cars, and trips of “The Abuser” abroad, was dressed in low-key inexpensive clothing.

The clash between Toño Leña and El Abusador, due to drug debts, was used as a useful element to stir up their conflicts, generate a confrontation, weaken them, monitor them and, finally, make the devastating blow to end their existence as a criminal group. Much of what Dominican prosecutors know about these drug trafficking structures comes to them from local anti-drug investigation agencies and, almost exclusively, from US agencies.

The contributions of the Drug Enforcement Administration (DEA) and the Federal Bureau of Investigation (FBI) are powerfully decisive in any actions planned here against drug trafficking.

Dominicans in extradition lines to the United States must go through a complicated process, before and after being sent to that country.

Justice and accusation
The justice of the United States is based on the benefits of accusation. The power of a prosecutor allows him to implicate a dealer/trafficker and decide a negotiation in legal terms.

Prosecutors deal with the defendants in the case of penalties, which, in the case of pleading guilty to the charges, are reduced, even if they betray another. It is common that when a Dominican drug dealer reaches agreements, with negotiated penalties, it is produced by these facts. Thus, while they spend their time in prison, the authorities begin to persecute and arrest the betrayed. That is the effect of plea bargaining.

To launch a negotiation, the defendant signs an authorization for a lawyer to represent him before a prosecutor in the United States. After the deal is reached, based on confessing his entire case and betraying others, warned that if he lies, the agreement is voided and then the total maximum sentence falls on him.

All agreed, the narco accepting the conditions, the prosecutor deals with the judge to affect the approval or not of the pre-agreement. If accepted by the magistrate, the prosecutor uses the “Blitz Committee,” which defines which agency assumes the case against the accused.

This pre-agreement is studied by the committee, then gives the drug defense attorney a letter of immunity, which allows him to meet freely with the prosecutor and federal agents to discuss his case.

Already before federal authorities, the defendant negotiates the minimum of his sentence and informs what he is willing to disclose at trial.

If an agreement is reached, the extradition process and the trial in the United States immediately begin. All this is accompanied by benefits such as change of identity, access to the protection program for the narco and his family and immediate freedom.

The biggest fear of a narco is extradition, and this is revealed by two of the most violent drug traffickers in history. One is dead and another behind bars in the United States serving life imprisonment: Pablo Escobar Gaviria and Joaquín “El Chapo” Guzmán.

“We prefer a grave in Colombia to a jail in the United States,” Pablo Escobar said at the time.

A maximum-security prison in the United States is the cause of fear and dread, in almost total isolation from abroad, with controlled and permanently monitored visits. There, the affront of power and money has closed doors, because it stains dignity, honor, and credibility.

INVESTIGATIONS THE DEA
The Drug Enforcement Administration (DEA) is the agency of the United States Department of Justice dedicated to the fight against smuggling and drug use in that country, in addition to money laundering. It shares jurisdiction with the FBI internally but is the only agency responsible for coordinating and prosecuting drug investigations abroad.

The FBI
The Federal Bureau of Investigation is the principal criminal investigation agency of the United States Department of Justice. Article 28 of the US Code authorizes, in section 533, the Secretary of Justice to “appoint officials to discover crimes [.. .] against the United States.” The bureau has investigative jurisdiction over more than 200 categories of federal crimes.