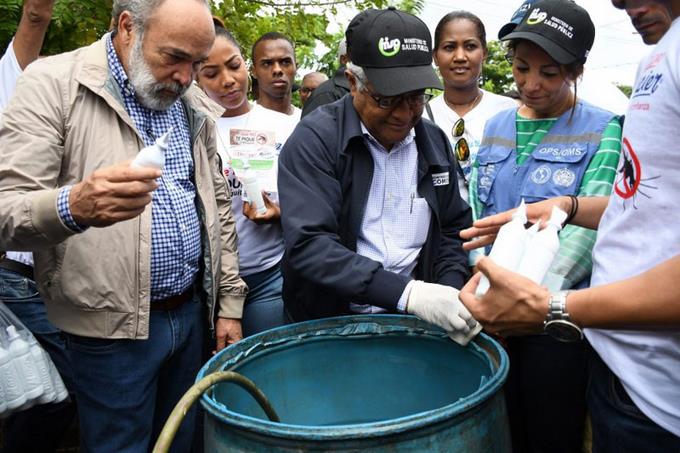 The referrals of patients with dengue symptoms, some in delicate conditions, which Robert Reid Cabral children’s hospital receives daily, come not only from public sector centers but also from private clinics. Between three to four out of ten patients referred, come from the private sector.

Most referrals that come from private centers come from health establishments in the capital, especially located in more popular sectors and in the province of San Cristóbal.

Yesterday at Reid Cabral hospital, which is a third level national reference center, around 40 children were admitted, while continuing to receive a high volume of febrile children in their emergency and consultation area, the result of the dengue epidemic that affects the country, which so far has registered around 8,000 cases.

Meanwhile, the Ministry of Public Health today heads, together with servers of the different institutions of the State, the first day of social mobilization to eliminate breeding grounds of the mosquito that transmits dengue, arranged by the President of the Republic, which will be held nationwide during two weekends consecutively.

The Minister of Public Health, Rafael Sánchez Cárdenas, called on the population to join during this weekend the First National Day of Mobilization against the elimination of breeding grounds of the mosquito that transmits dengue, in order to avoid more lethality in the country.

The official said that the Ministry of Public Health along with the other institutions of the State will join this day to combat the spread of the mosquito, although he stressed that “the severity of the threat of dengue disease merits the attention of all actors that make up Dominican society.”