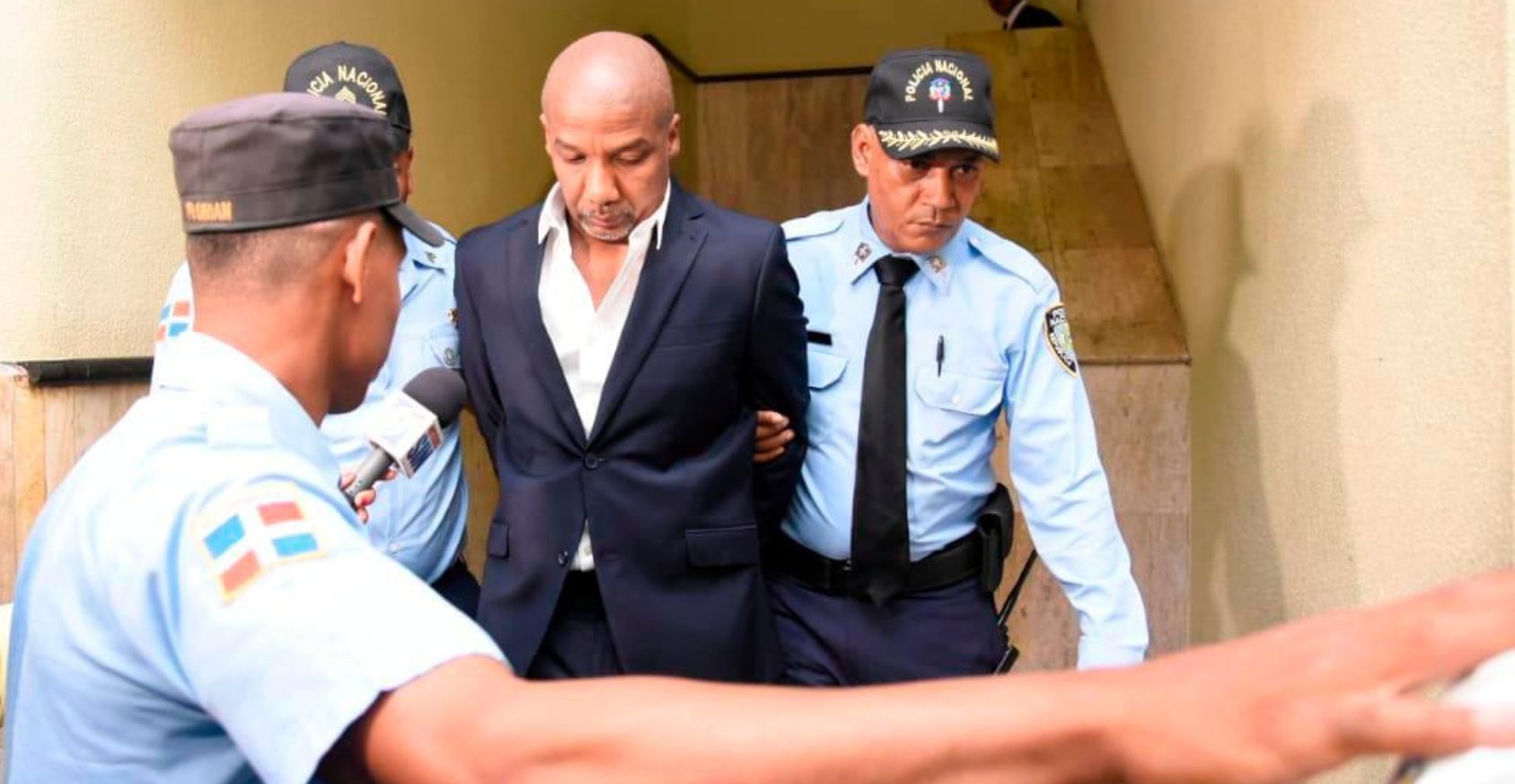 Rafael Reyes, administrator of one of the discos, is accused by the Public Ministry of participating in money laundering.

SANTO DOMINGO. -The Federal Prosecutor of Puerto Rico affirms in its accusation against César Emilio Peralta ( César el Abusador ) that the fugitive bribed authorities to avoid his arrest, prosecution, and seizure of narcotic drugs.Although the term “officers” is used in the translation of the accusation, what the Dominican imaginary understands are the police and military spheres, in the American nomenclature this refers to civil or military state authorities.

The indictment also indicates that Peralta has been in drug trafficking since 1997. The defendant remained off the radar of the Dominican authorities, despite the fact that his first arrest for drug trafficking occurred in the year 2000, then he fell again for a shipment of 258 kilos of cocaine in 2007, but he was released by a prosecutor alleging that his prison order was executed 53 hours past due.

“According to confidential informants, Peralta has been in the drug trafficking business since approximately 1997, and his OCT (organization) generates millions of dollars of drug trafficking. Some of that money has been used to bribe some officers (authorities) to prevent their arrest and prosecution, and the seizure of narcotics,” the indictment says.

The file of the Federal District of Puerto Rico is marked with the number 18-CR-746, which is in charge of auxiliary prosecutor Max Pérez Bouret. In this document, the second last name of the accused (Adamez) appears for the first time, since so far he was only cited as César Emilio Peralta.

Although the Federal Prosecutor’s Office establishes that the accused has been dedicated to drug trafficking since 1997, the two drug trafficking charges contained in the indictment of November 28, 2018, were committed during 2017.

In the account of the facts, the accusatory statement obtained by EL DÍA indicates that César Emilio Peralta Adamez receives multiple shipments of cocaine and heroin from Colombia and Venezuela and sends them to Puerto Rico and the continental United States, repatriating their profits to the Dominican Republic and Colombia.

One of the informants (IC-1) who cooperated with the US authorities in the case of “César el Abusador” indicates that he started working with him around 2013 and that same year he assisted him in the transport of three shipments of cocaine to Puerto Rich. Indications are that these shipments varied between approximately 60 and 100 kilos.

The accusation also reveals that in 2015 the Dominican National Police arrested six individuals who were seized with 53 kilos of cocaine and two of heroin onboard a luxury yacht valued at 20 million dollars (The Kingdom) and that on that occasion Today, IC-1 informed the Dominican authorities that this cargo belonged to “César el Abusador.”

The Federal Court for the Federal District states that for the charges against César Emilio Peralta ( César el Abusador ) if he receives a conviction for the crimes described in the charges, he must renounce the properties used or with the intention of being used to commit or facilitate the commission of the crime.

Among the properties located in the Dominican Republic that the defendant must resign are: Flow Gallery, La Koura Club, Aqua Club, and Panino. While a judge of the Office of Permanent Attention of the National District will know today the request for a measure of coercion against Marisol Franco, Rafael Reyes, Edward Patricio, Montero Cabral, and Alan Gilberto Bueno Alcequiez, for whom the Public Ministry seeks prison sentences and to be declared complex case.

Operations carried out by the authorities
—1— Investigation
In July the Office of the Prosecutor initiated an investigation into the activities of César Emilio Peralta “ César el Abusador ” and his accomplices.
—2— Order
On August 19, the Public Ministry issued the search warrants and arrests against members of the gang.
—3— Operational
On August 20, the authorities raided the properties of network members and arrested several.

–
Eight involved linked to the criminal structure of drug trafficking and money laundering are fugitives from justice; Against them, there is an arrest warrant issued by an investigating judge of the competent jurisdiction.

Prosecutor says there is no agreement with Marisol

Research The National District prosecutor, Rosalba Ramos denied that there is an agreement to release Marisol Franco, coupled with César Emilio Peralta, ” Caesar Abuser ” allegedly involved in a criminal network of money laundering from the drug trade.

Ramos described as successful the criminal process carried out against the drug trafficking and money laundering network that César Emilio Peralta allegedly directs.

“When you are pursuing a crime, it is not a hundred percent success, and especially in this first stage necessarily, but for the Public Ministry this has been a successful case because we can say that a network that trafficked for a long time is no longer working,” said the magistrate.

Jadher Rafael Jaque Araújo (Jaque Mate) was released in pure and simple freedom by judge José Alejandro Vargas.
While the defendants Bishop Féliz Lorenzo, Roberto José Cáceres José, and the ex-ballplayer Octavio Dotel are released by means of an economic guarantee; the latter imposed a measure of coercion for bearing and illegal possession of a firearm.