Downpours with thunderstorms for this weekend by tropical wave incidence 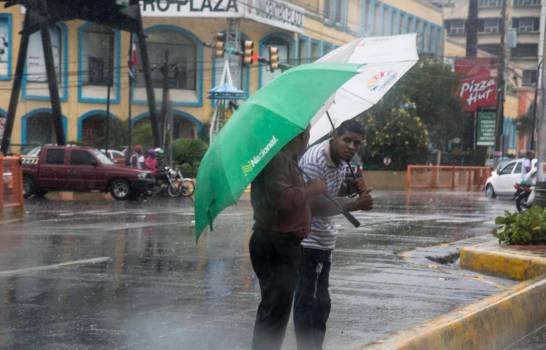 A trough will manifest itself in almost all levels of the troposphere, creating conditions of instability and humidity.

The National Meteorological Office (Onamet) reported that by this Saturday the weather conditions will be directly influenced by a tropical wave, which will be causing downpours that could be moderated locally, with thunderstorms and isolated gusts of wind towards the northeast, southeast, southwest and the central mountain range.

While for Sunday the tropical wave will be leaving the forecast area , however, a trough that will manifest at almost all levels of the troposphere will create conditions of instability and humidity to cause downpours that could be moderated locally, electrical storms and occasional wind gusts towards the northeast, southeast, northwest, Central mountain range and the border area.

The Onamet watches over a trough that is currently located a few hundred miles east of the Lesser Antilles, which is unlikely to become a tropical depression over the next few days. It also monitors a low-pressure area associated with a tropical wave near the Cape Verde Islands. This system currently has 20% to become a tropical depression. This phenomenon does not represent a danger to the Dominican Republic because of its current distance.

It also reports that the storm Gabrielle is located 1,620 kilometers southwest of the Azores Islands, with maximum sustained winds are 75 km/h and moving northwest to about 28 km / h. In addition, Hurricane Dorian category 1, is located about 1145 kilometers southwest of Halifa Nova Scotia, Canada, with maximum winds of 150 km / h. It moves northeast at 39km / h. These phenomena do not represent a danger to the country.