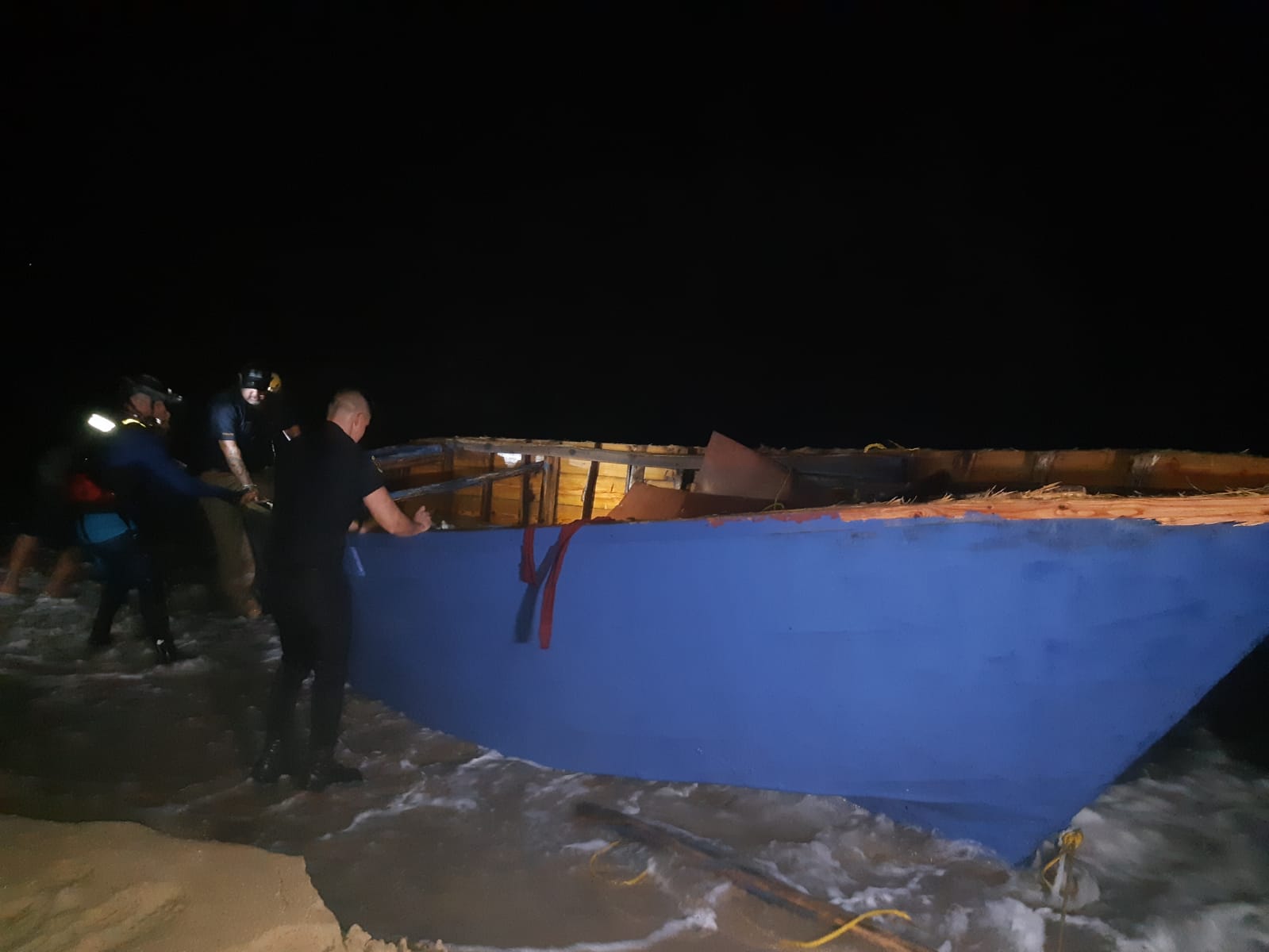 “We have witnessed this unfortunate event in other occasions when migrants are smuggled into the island,” stated Xavier Morales, Chief Patrol Agent of the Ramey Sector. “We continue to warn potential migrants about the dangers of making such a treacherous journey through the Mona Passage.”

On. Sep. 14, the Isabela Municipal Police contacted Ramey Border Patrol after they had detained a group of nine aliens, 7 males and 2 females, from the Dominican Republic near Villa Montaña beach.  The Isabela PD reported that a “yola” had capsized near Martinica beach.

During the morning of Sep. 15, Ramey Border Patrol agents found five more illegal aliens near Aguadilla. Under federal immigration law, 12 males and 2 females are being processed.

The Puerto Rico District Attorney assumed custody and disposition of the three bodies for further investigation.

By reducing immigration channels, more people seek the help of smugglers, who endanger the lives of migrants in their increasingly risky efforts to bypass border controls.

The dangers of the trip have three possible outcomes: the loss of life at sea, the victimization of undocumented persons by smuggler organizations, and possible criminal prosecution.

People who venture to cross the 80 nautical miles (130 kilometers) between Puerto Rico and the Dominican Republic, boarding a rustic and inadequate vessel, endanger not only their lives, but also the lives of law enforcement officials of both countries with the mission to rescue them.

According to the United Nations Office on Drugs and Crime (UNODC) in its 2011 report on immigrant trafficking across the sea, illicit trafficking of migrants by sea produces the highest number of deaths worldwide.

To date Border Patrol has apprehended and processed 543 aliens throughout Puerto Rico and the US Virgin Islands, 26% of whom have prior criminal history.

The Ramey Sector<https://www.cbp.gov/border-security/along-us-borders/border-patrol-sectors/ramey-sector-aguadilla-puerto-rico> is one of the twenty-one Sectors spread out across the United States. Encompassing the U.S. territorial islands of Puerto Rico and the Virgin Islands, it is the only Border Patrol Sector located outside the continental United States. The Sector’s entire border area is made up of coastline and its area of responsibility is made up of some 6,000 square miles of land and water area, including the twelve-mile band of territorial water surrounding the Islands.