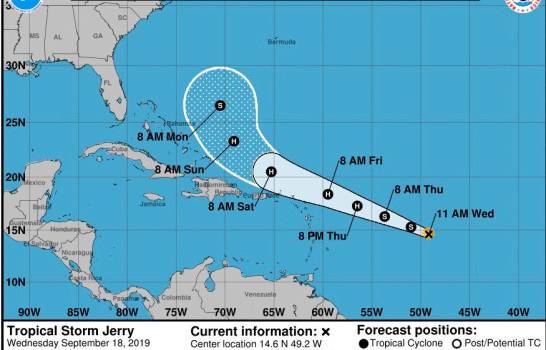 Santo Domingo.- The recent rains over some regions will spread to a large part of the national territory today and Thursday, from a mass of unstable air that will unleash downpours, the National Weather Office (Onamet) forecast Wednesday.