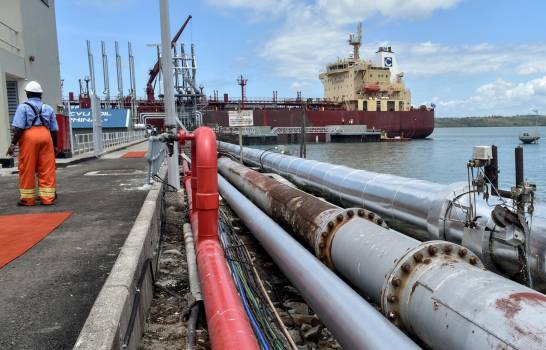 The United States, the Netherlands and Trinidad and Tobago concentrate the country's oil imports (AP)

The Dominican Republic is increasingly dependent on imports of petroleum from the United States, from which 61.4% of the oil, gasoline and other fuels that have entered the country between January and August of this year have arrived.Data from the General Directorate of Customs (DGA) indicate that purchases of US hydrocarbons represented US $ 1.4 billion, an amount that contrasts with the US $ 1.3 billion that were imported in the first eight months of last year when deliveries from the United States represented 56.3% of the total.

The remaining 12% came from countries such as Bahamas, Puerto Rico, Virgin Islands (both American and British), Canada and Russia. Venezuela, which during the term of the Petrocaribe agreement was one of the main oil suppliers in the country, and Mexico, which held the second position, do not appear in the statistics.

In total, oil imports represented during the first eight months of this year some US $ 2.3 billion, which implied a fall of 1.37% with respect to last year, when hydrocarbon products worth US $ 2.4 billion were bought, as indicated DGA data.

The negative variation was caused by a reduction in the purchase of barrels. Between January and August 43.60 million barrels of hydrocarbons were purchased, almost one million barrels less than a year earlier, while the average price at which oil products were purchased was slightly higher: from US $ 53.64 the barrel to which it was imported in Average between January and August of last year, the figure went to US $ 54.10 in 2019.