Today is Mercedes Day, patron of the Dominican Republic 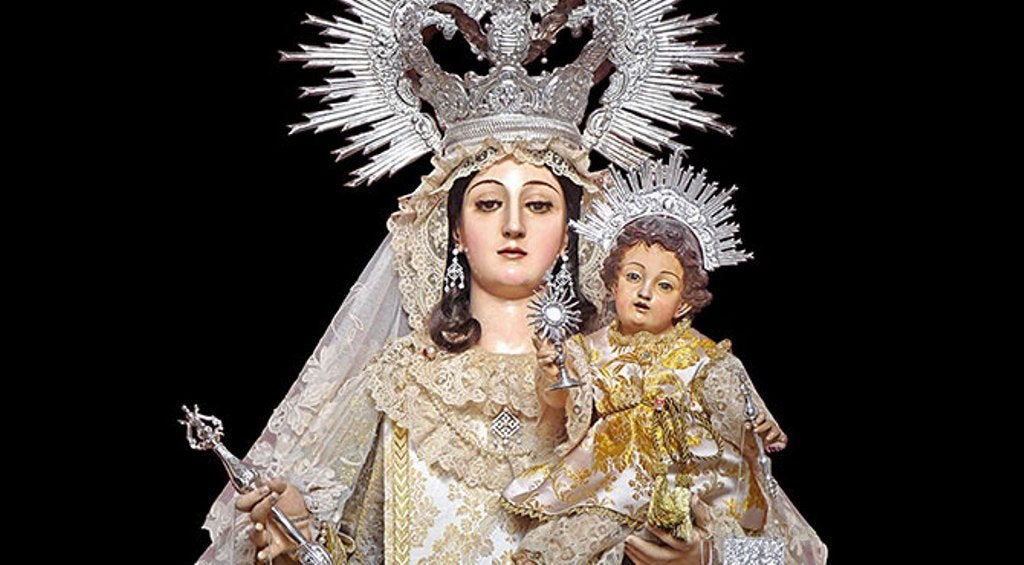 Image of the virgin de las Mercedes, patron of the Dominican Republic.

Santo Domingo.-  Considered since 1844 the “Patroness of the Dominican Republic,” Our Lady of the Mercedes or the Virgin of the Mercedes is the spiritual mother of Dominicans who follow the Catholic faith.

Every September 24, the day of the Mercedes is celebrated in the country, who is the oldest saint after having the Marian title La Merced that goes back to the foundation of the religious order of the Mercedarians on August 10, 1218, in Barcelona, Spain.

“Mercy, forgiveness, compassion, and grace are synonymous with the word Merced, which define the particular mission that was given to the virgin, which was to have mercy on captive Christians in the hands of Muslims, many of them members of the order that they exchanged their lives for that of prisoners and slaves.

The  Virgen de las Mercedes is not only worshiped in the Dominican Republic but also countries like Spain, Italy, Peru and Venezuela where believers ask for special protection from this saint.

The legend says that the devotion of this virgin on the island of Santo Domingo originates on March 14 and 15, 1495, on the return of Christopher Columbus after the trip that he discovered Cuba and Jamaica, where he found that the settlement was disturbed due to the violations and robberies committed by his crews.

Before the abuses committed by the Spaniards towards the Indians, a coalition between the caciques, commanded by Maniocatex, brother of Caonabo, agglomerated an immense army of Indians in La Vega Real, to destroy the fortresses and attack the Isabela.

According to legend, Columbus immediately prepared to fight them and upon arriving on a high hill, 5 Kilometers from La VegaReal placed a two-meter cross in the center of the hill, improvised with two loquat branches.

He made this altar knowing that the Spaniards were so few that they would need a miracle to stop so many Indians since there were only 220 Spaniards against approximately 30,000 Indians.

“When the Indians arrived and saw the cross, they attacked it directly to destroy it, understanding that the power of the Spaniards was derived from it, finally the battle between them took place and despite the heroism of the Indians the victory went to the Spaniards.”

The Spaniards recognized that in this event the intervention of a miracle happened and rejoiced they gathered to give thanks to the Virgin.

Since then Our Lady of Las Mercedes is venerated in the Holy Hill, the first Marian sanctuary in America, established by indication of Christopher Columbus, who indicated in his will that this church be made.

In some cities of the country such as Cabrera, Constanza, Hato Mayor, Imbert (Bajabonico), Pimentel and Sabana Grande de Palenque, the Virgin of Las Mercedes is their spiritual patron and every year they celebrate patron celebrations in commemoration.

Traditionally devout Dominicans go on a pilgrimage to the Sanctuary of the Virgin until they reach the  Holy Hill, located in the province of La Vega, with the hope of obtaining some benefit and offering vows and promises to the Virgin. After the procession, the devotees participate in the Eucharist that takes place.

Each Catholic parish celebrates a Eucharist in honor of the patron saint of the Dominican people and for the Eucharistic liturgy of the feast of the Virgin of the Mercedes the white color is used that is a symbol of peace, purity and time of jubilation.

The Virgin of Mercy has characteristic elements such as the tunic, the scapular, and the cape, all in white, with a Mercedarian shield on her chest, the chains, and the shackle are badges of slavery. She has a headdress with a queen’s crown and also with the scepter in her right hand, while in other images she holds the Baby Jesus in her left hand.

Various institutions such as the national guard and the fire department of the country also have the patron saint of the virgin, who receives the protection of a spiritual mother who protects them in each of their exits in response to some fire or to safeguard the population in moments when their help is required.