Tons of garbage cover the channel of Arroyo Lebrón 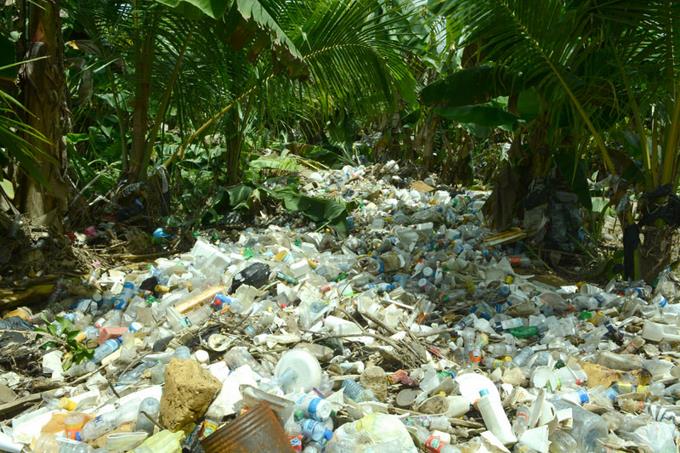 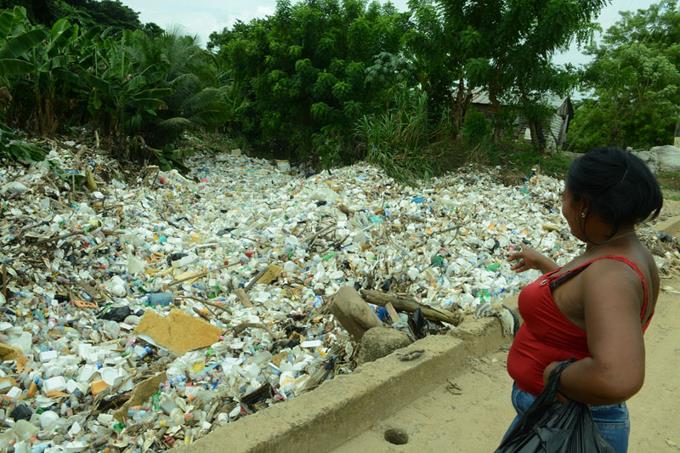 Arroyo Lebrón, a turbulent tributary that flows into the Isabela River, much feared in rainy times by entire populations of Santo Domingo West, flooded its banks this past weekend, due to strong torrential downpours in the area, huge amounts of garbage and other pollutants ended up in Pedro Brand, La Guáyiga, Los Alcarrizos, and Palmarejo-Villa Linda.

The force of the water overflowed its margins, which with its load of solid waste formed plugs in rural roads and small bridges, bringing major disruption to the neighborhoods, as they were isolated between sectors or regions.

The Lebrón river is at kilometer 22 of the Duarte Highway.

One of the worst impacts by the flow of water that pummeled these settlements was observed in neighborhoods of Los Alcarrizos and Palmarejo-Villa Linda, which related how it was covered with garbage, mainly plastics and bottles, leaves and tree trunks.

In times of downpours, the floods of Arroyo Lebrón usually impede the movement of people and transport units.

Now, with the weakened storm Karen, which could shed considerable rain on the country, residents fear that the phenomenon may cause flooding and landslides, especially in mountainous areas, which poses a great risk to the inhabitants of the area.

Neighbors in fear
Fania Morillo, a resident in the affected area of the tributary, expressed concern because in times of flooding the stream increases its water flow, forcing them to move towards kilometer 22 of the Duarte highway, to reach their homes.

At four in the morning, he makes his way to kilometer nine, where he sells coffee, so he makes the journey on foot to get to his business.

“This is filled with water and one cannot walk here; it’s a danger for children who have to go to school because they must cross over the river to get there,” said Morillo.

A similar situation happens to Luis Gregorio Tapia, who says he is dismayed by the rains, which always flood his house.

According to versions of neighbors, the garbage seen on the waters of Arroyo Lebrón comes from the Hato Nuevo, Kilometer 22 sectors of the Duarte and Los Alcarrizos Highway.

Vulnerability
People living in Villa Paraíso, Nuevo Amanecer and Eduardo Brito, sectors along the banks of the stream, live exposed to floods caused by Arroyo Lebrón.

Problems.
The main problem of the areas affected by the Lebrón stream is that there is not adequate land use, so there is a settlement of people on the uneven ground surface and on the flood plain of the mentioned channel, resulting in the constant case of families being threatened by floods.