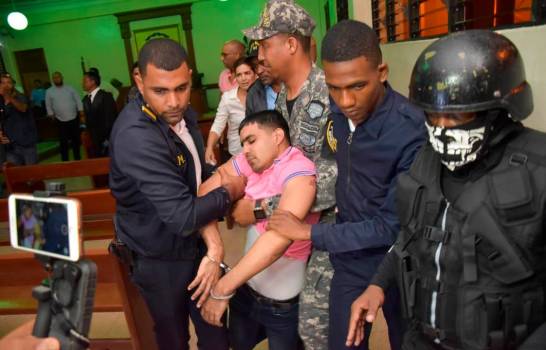 The judges of the Fourth Collegiate Court of Santiago on Wednesday night sentenced Joel Rodríguez Cruz to 30 years in prison, found guilty of killing his father, businessman and political leader Alejandro de Jesús Rodríguez, which occurred in February 2018 in this city.

In addition, the convicted person must pay the legal expenses of the judicial process.

The Public Prosecutor and the lawyers of the prosecutor showed that Joel shot his father in the neck inside the apartment where they both lived in the residential Vista Real de los Cerros de Gurabo III, located north of here.

They argued that the young man committed the crime after his father dissociated him from the administration of his companies after discovering that he was taking money from them.

The victim was a municipal works contractor and leader of the Dominican Revolutionary Party (PRD).

Joel Rodríguez must serve his sentence at the Rafey Men’s Correction and Rehabilitation Center in this city.

The convict’s lawyers reported that they will appeal the ruling in due course.

The court, which was chaired by Judge Acacia Reyes, reported that the sentence will be read on Wednesday, 23 this month at 2:00 p.m.