Dominican society is aging at an accelerated rate 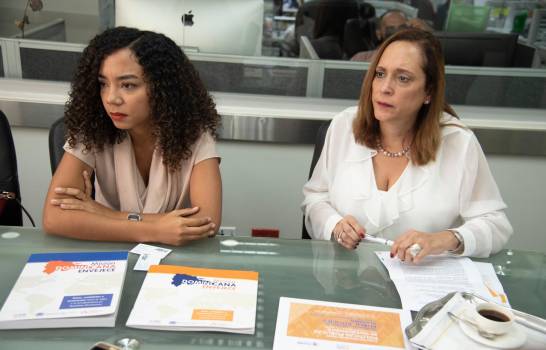 Marta Fernanda Ortega, director of the NTD Foundation, and Sandra Aponte, president of the board of directors. (PHOTO: BAYOÁN FREITES / DIARIO LIBRE)

Dominican society is aging at an accelerated pace and, therefore, must prepare to face the challenges of an aging society. This is stated in the conclusions of the Dominican Mission Study Aging, which raises the challenges, realities, and proposals on aging in the Dominican Republic.

It details that the pension systems must be consistent with the increase in longevity, the care systems must be in line with the dynamics of domestic aging and the health systems will have to respond to the demands of access and care of an increasingly large population more representative within the age structure of the country.

The study indicates that, in parallel, policies that contribute to gender equity should be promoted from now on, since it will be women who predominate in the elderly and, therefore, those who require social services.

On the issue of aging, Marta Fernanda Ortega, director of the NTD Foundation, indicates that the first challenge the Dominican Republic has with the aging community is care.

The study, published in 2018, indicates that 6.7% of the population are elderly and require care of different types, but notes that care is difficult because families are smaller due to the low birth rate and, in addition, Women’s incursions into the labor market have also made care difficult because it was they who took care of the care.

Given the crisis of care, the study suggests that the diamond must be balanced, which is made up of the individual (self-care), the community, the family and the State.

“The other phenomenon that is linked is the feminization of aging, that is, women will last longer than men as they have a longer life expectancy,” said Marta Fernanda Ortega, director of the NTD Foundation.

The study indicates that, as a consequence of the decreases in mortality, the Dominican Republic is an increasingly long-lived society. Over the course of 80 years, men have gained 32 years in life expectancy and women 33 years. In 2020, life expectancy at birth is expected to be 72 years for men and 78 for women. On the other hand, the analysis of life expectancy at specific ages shows that the elderly will have longer lives.

The executive who visited the newspaper Diario Libre along with Sandra Aponte, chairman of the board of directors, also said that there are a number of chronic diseases in women, not in men. He adds: “We have challenges in all issues of public life.”

He said that on the issue of aging where the country is less prepared, there are discriminations and the same elderly people discriminate against themselves,” people don’t want to be old, they don’t know themselves as older adults.”

He emphasizes that he is fighting for the issue of pensions, but it is not being done to include people in the system, “you have to put people to work to have access to a pension.”

“We have to see aging as a future issue, we have to see the issue of aging as a topic that belongs to all of us at any time in life because the truth is that the time of your longest life is where resources one has,” he explained.

Fernanda Ortega said that as a foundation they try to ensure that aging is not part of public policies, but is an integral part of the development agenda.

She said that the Dominican Republic must take advantage of the demographic bonus it has today.

The study details that the dependency rate shows that there is currently a demographic bonus, that is, there are less than 66 dependents (people under 15 plus people 60 and over) for every 100 potentially active individuals (people between 15 and 59 years old) That means that the support needs for a dependent population are low and, therefore, the allocation of resources can be directed to the accumulation of capital. The dependency ratio will be greater than 66 within 20 years, giving way to the demographic tax phase. Within two decades the country must be prepared to support a considerable proportion of its population, sacrificing part of the resources that could be allocated in factors that potentiate economic growth.

Marta Fernanda Ortega, director of the NTD Foundation, and Sandra Aponte, president of the board of directors, announced an international course on aging public policies for Central America and the Caribbean.

The activity will be held from October 28 to November 1 at the Pontifical Catholic University Mother and Teacher, in Santo Domingo. In this course, they will deal with the main topics on the challenges that must be faced for the elderly.

“We are going to touch on different topics, first we are going to raise the knowledge of the international plan of Madrid that is an absent document in our country, it is a macro model on this subject. The Madrid International Plan has three elements: Development, Health and Wellbeing, and an elderly-friendly society. From there we chose the main themes,” said Fernanda Ortega.