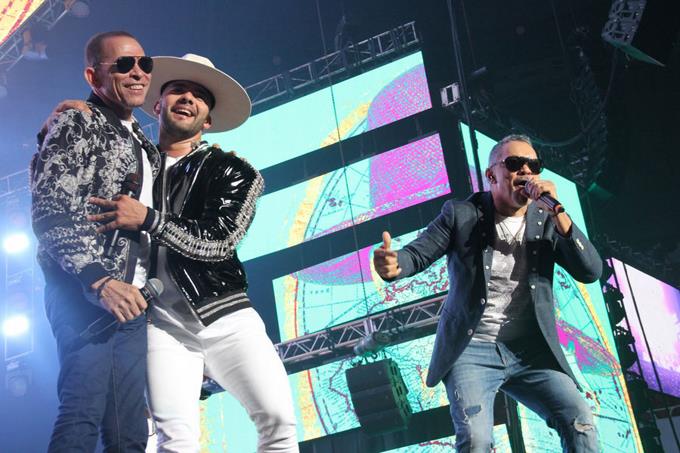 The meringue flag is held high. At least that was evidenced on Saturday night when more than 10,000 people arrived at the Sports Palace to turn the place into a gigantic dance floor to the rhythm of Gabriel, Johnny Ventura, Wilfrido Vargas, Jossie Esteban, Los Hermanos Rosario, and other special guests.

Gabriel and a handful of his merengueros colleagues, under the production of René Brea, put the merengue high on Saturday night, demonstrating that this genre still has a long way to go and is timeless music that does move masses regardless of age.

While it is true that urban music dominates this stretch of the 21st century, this event returned the moral at a pace cornered by the lack of dissemination in the mass media, the slowness in the rise of relays, the apathy of their own protagonists and a poor policy of support from the State and society itself.

With a negative human chorus that warned him how forced it would be for him to gather a crowd at the Palacio de los Deportes that supported a merengue show, Gabriel dared. And the cheers and raves for the success achieved today remain in his memory.

The presentation featured a montage of lights and giant screens that had nothing to envy of international awards or a major show, worthy of great stars of Latin music.

Gabriel’s boldness, with the complicity of René Brea’s technocerebro, made it possible for merengue to draw an ace from under its sleeve to ratify that merengue is still in the heart of the Dominicans and that people will go to the parties when it is known that they will have an offer capable of provoking collective interest. 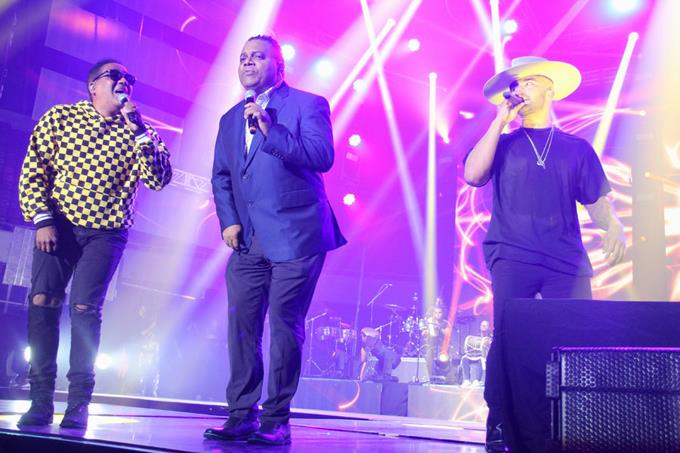 Of course. Gabriel was not alone. The presence of veterans such as Johnny Ventura, Wilfrido Vargas, the Rosario Brothers, Alex Bueno, Jossie Esteban, Kinito Méndez and Pochy Familia were key in the proposal. In fact, they created the loudest applause. And with their music people threw themselves on the dance floor.

This spoil of gifts was joined by the contemporary merenguero Manny Cruz and the Puerto Rican Elvis Crespo, in addition to the urban Mark B and Mozart la Para and rescued from time Project One (“Another night”), and Sandy (from the duo Sandy and Papo, “It’s time to dance”).

At the rhythm of guiro and Tambora, wearing one of his peculiar hats, Gabriel entered the stage toned the lyrics of “Just one hour,” a song that the audience chanted and cheered. The young man named “merengue hope” thanked the crowd for attending.

“For me, it is a great honor to be here tonight, thanks for being here and I hope you enjoy it as much as I do. Long live the Dominican Republic and long live the merengue!” Gabriel expressed amid screams and a great uproar continued to delight everyone present with the songs “Confused” without Fernando Villalona and “Pom Pom.”

The Rosario Brothers got everyone to move their hips with their theme “The owner of the Swing.” The sports center “Fell Apart” with the “Hard Faces.”

Likewise, many of those present overflowed with applause and shouting when Jossie Esteban took the stage to sing the song “A man seeks a woman” with the young Gabriel. 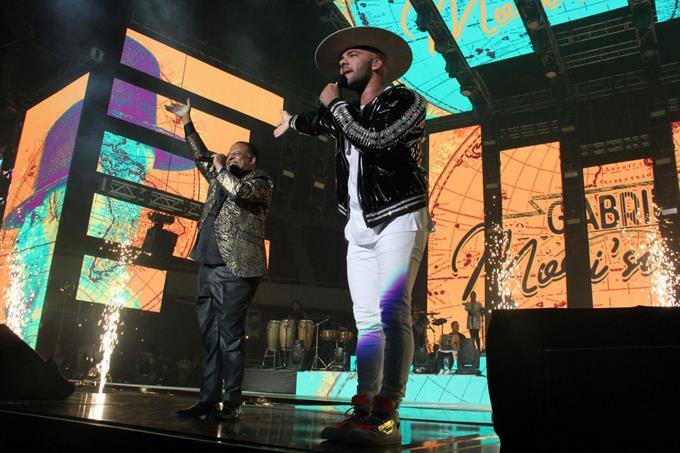 At the rhythm of güira, Tambora, and trumpet, Wilfrido Vargas was received with a great ovation, who sang one of his merengueros stamps: “The African,” motivating the attendees to rise up from their chairs to shake their collective groove things.

A good show of brotherhood in the new generation was given by Manny Cruz and Gabriel by sharing “How do I Dream” and “You know how to Fall in Love.”

Those present chanted the successes with feeling, beating their palms and raising their hands.

Of the veterans, Johnny Ventura got everyone moving with the theme “Tobacco,” accompanied by his classic steps that many imitated. Undoubtedly one of the great moments of the night for the veterancy of the “Caballo Mayor” and his undisputed charisma on stage.

In that same lively atmosphere, people danced without stopping the theme “Schoolgirl,” with the appearance of Alex Bueno, who accompanied Gabriel on stage and left everyone elated.

Among the highlights, there is also the union of Kinito Méndez and Pochy Familia. The first sang the “Suá Suá.” Then Pochy joined in “La Faldita,” the festive theme of the ’90s that gave the drinking water to the Coco Band group.

With the same emotion and adrenaline, they received Elvis Crespo, who sang “Paint Me.”