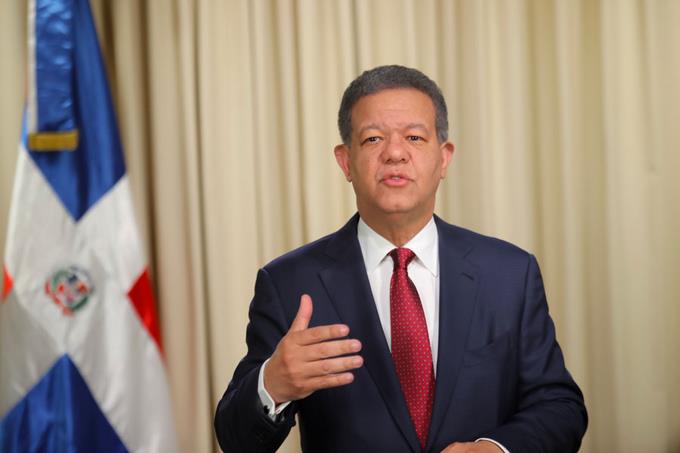 Leonel said the country is eager to be part of a new organization.

After 46 years of militancy and 17 as its president, Dr. Leonel Fernández last night announced his irrevocable departure from the Dominican Liberation Party (PLD) and announced the formation of a new political project, called “The Force of the People.”

With his departure from the purple party, the former president of the Republic, who until last night was the president of that political organization, seals the division of the PLD, which was founded by Professor Juan Bosch on December 15, 1973, and throughout Those years are at this stage when you join in the worst crisis.

“Today I do it with great regret; and this is so because, for the past 46 years, the Dominican Liberation Party has been my political home,” Leonel Fernández said.

In a speech of 24 pages that lasted 35 minutes, Leonel Fernández informed that his resignation from the PLD is irrevocable, but he made it clear that with the new force he will make known “to the conceited of the Palace that they will not get away with it, that people are respected and that they are prepared to listen to all the confines of the national territory the slogan that by 2020 E´pa´fuera que van! (Out They Go!)”

Leonel to “the caste of the PLD: E´pa´fuera que van”

Why did the lion leave?

Leonel said that his departure from the PLD is not due to issues of selfishness and power struggle, as they have claimed through the media, but rather has to do with problems of known values, principles and attitudes, such as the defense of Constitution of the Republic.

In the same way, he expressed his dissatisfaction with the results of the primary elections held on the 6th of this month, which he said constitute a stain and a shame in the history of the ruling party.

“All conceivable malignant maneuvers were used until they became what they really are: the first automated electoral slaughterhouse of the 21st century,” he added of those internal elections.

Fernández said that “despite having made use, in a rude way, of billions of pesos, to gain the full institutional weight of the State, to have the active involvement of ministers, governors, departmental directors, mayors and military, the People’s Force came out triumphant.”

After reviewing his political career, he said that this fraud was scheduled to come into operation from the first information transmitted on the results of the computations, but accelerated and intensified when with 90 percent of the tables computed, the trend projected him as a winner.

“It was there, precisely, when starting at 6:30 in the afternoon, just missing 10 percent of the tables or 200,000 votes, over the 1,600,000 that had already been computed, that the phenomenon occurred has left leading specialists in the science of data and statistics in a state of bewilderment and perplexity,” he said.

“The People’s Force defeated the State. It showed that despite all the adversities and vicissitudes, it is today, by itself, a respectable political force, with specific weight in the Dominican Republic,” he noted.

The former head of state said that government forces neither defeated nor convinced; and to try to impose themselves, their billions of pesos invested were insufficient, since they had to resort, in addition, to the realization of electoral fraud.

To the Political Committee

Referring to the dome of the Political Committee, Fernández defined it as a caste that has created an iron oligarchy, which is completely disconnected from the PLD structures.

“The partisan equilibrium cracked. The group faction, now in the form of a state category, was installed in the Political Committee, through the creation of a cenacle that for a vanguard party received a strange and inappropriate name: NATO,” he said.

Fernández added that this group of the CP always meets in advance to the meetings to take their previously agreed proposals, and thus dominate in the highest political management body of the purple party.

“That oligarchy of iron operates in the form of a caste.

It has no party vision, in the sense of being an organization that integrates and represents all its members. He behaves authoritatively,” he said.

He continued saying; “Even in conditions of absurdity and irrationality, it acts only interested in defending its group interests. Its notion of loyalty is quite unique: it responds to the power of a presidential decree.”

Fernández said that the predominance of this style of behavior at the highest levels of party leadership has made him understand that, simply, Juan Bosch’s PLD no longer exists.

Leonel: “With much regret, the time has come to leave the PLD”

The crisis facing the Dominican Liberation Party is unprecedented in the history of that political organization.

It is the first time in its 46 years of foundation that it is divided and its main leader resigns and announces the formation of another party.

In recent weeks, the PLD has suffered an internal crisis as a result of the simultaneous primaries held on October 6, in which the former Minister of Public Works, Gonzalo Castillo, who was boosted by the current in that country match.

This situation has led to the resignation of several PLD leaders and allies of other parties that held important positions in the Government of Medina.

“In these moments of mixed emotions and feelings, for a chapter of my life that ends and another that begins, I allow myself to invoke the Holy Scriptures, in Psalm 23,” and Leonel recited.

“We will establish alliances with other political organizations, with civil society, with professional centers, with union and social leaders; and in that way, we will create an opposition force so powerful that in a short time it will contribute to reconfiguring the national political scene,” he said.

“With the support received in the primary schools we will continue to add different sectors of Dominican society,” he said.