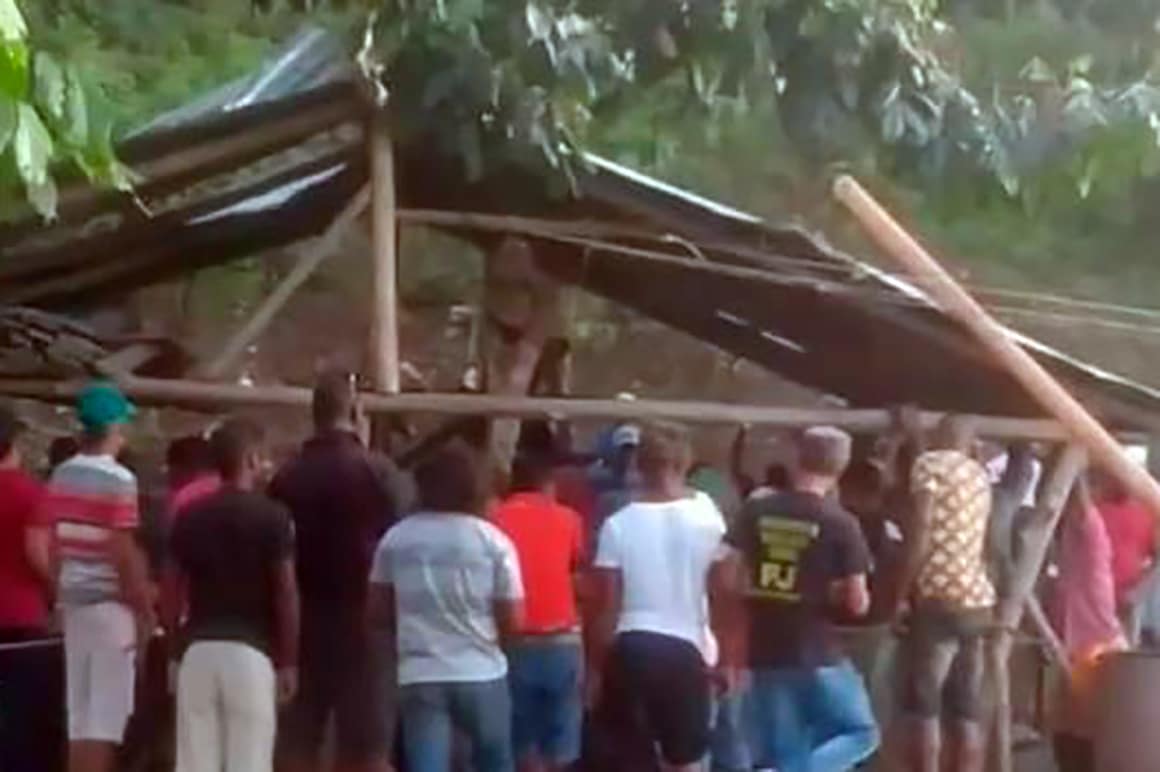 SANTO DOMINGO, Dominican Republic.- After the death of three miners in Las Siete Cañadas, in Hato Mayor, the General Directorate of Mining (DGM) reported that it had alerted the miners of the danger they would face when digging tunnels and channels to connect with closed wells from months ago because of the risk of finding non-breathable gases and had recommended them to mine in the opposite direction, which is a virgin area where they could find more amber with less danger.

The geologist Uladislao Lora Almánzar, in charge of the Department of Small and Medium Mining of the DGM, said that the well where the miners Rafael Nolasco Javalera, Eusebio de la Cruz Toribio and Manuel Seguís died, was the first one that was visited on October 10 in their frequent inspection work.

Lora said that among the miners he spoke with were the deceased Rafael Nolasco Javalera and Manuel Seguís.

The General Director of Mining, Alexander Medina, indicated that in that area of ​​El Valle there are several wells abandoned due to the high amber extraction activity in 2014 and 2015 and that the risk of finding gases in them is high.

As a safety measure to prevent landslides, the DGM had four years ago the obligation to support the wells with wood and brought a specialist to instruct the miners on how to make the framework.

DGM deputy director Eugenio Lugo and geologist Harold Rojas moved to the accident area to conduct the corresponding investigation and spoke with Deyander Paulino Santana, aka Wicho, a miner who miraculously survived the accident, and with Carlos Manuel Marte Acevedo, who operated the crane winch from the surface and who managed to hook Paulino Santana by the pants and rescue him unconscious.

Lugo said that the deceased miners first suffered the lack of oxygen due to the effects of non-breathable gases – which could be methane, hydrogen sulfide, and carbon monoxide – and then the water column from the second well, which flooded the primary well where the miners worked.

When investigating the reason for connecting the two wells, the miners told him that they had the information that there was an abandoned amber mining front in that next well to which they wanted to extract the available resin.

Paulino Santana remembers that they had entered the hole at 1:00 PM after eating and that he was about two and a half feet from the cave where one of his companions was drilling and that he had advanced about eight inches when They noticed that the wick – which came out wet – had broken into another well. They said he was silent and the partner who was out of the well, Carlos, asked them to come up, but they couldn’t. When they disconnected the drill hammer they observed water and gas came out and exploded.

Deyander did not have time to grab the cherry to tie and climb, so he began to climb the wooden formwork, but fainted and fell. Carlos was able to grab him by one foot with the crane hook, which is held down while the miners dig. He didn’t know how it went up, because he reacted about 20 minutes later. Carlos sent another miner to rescue the three left in the hole, but after 15 feet there was no oxygen.

Paulino Santana says they maintain the plant and the air every day. They had two air lines connected, but the gas that came out was stronger.

The surviving miner claims that they turn on the air since they drop 15 feet. On Monday, when the fuse was hot, the air became very hot. Other wells had clogged before, but no hot air had come out so strong that it would not let it breathe. In other wells, the air came out about 50 feet, which is not as deep as this one, which came out at a depth of at least 125 feet.