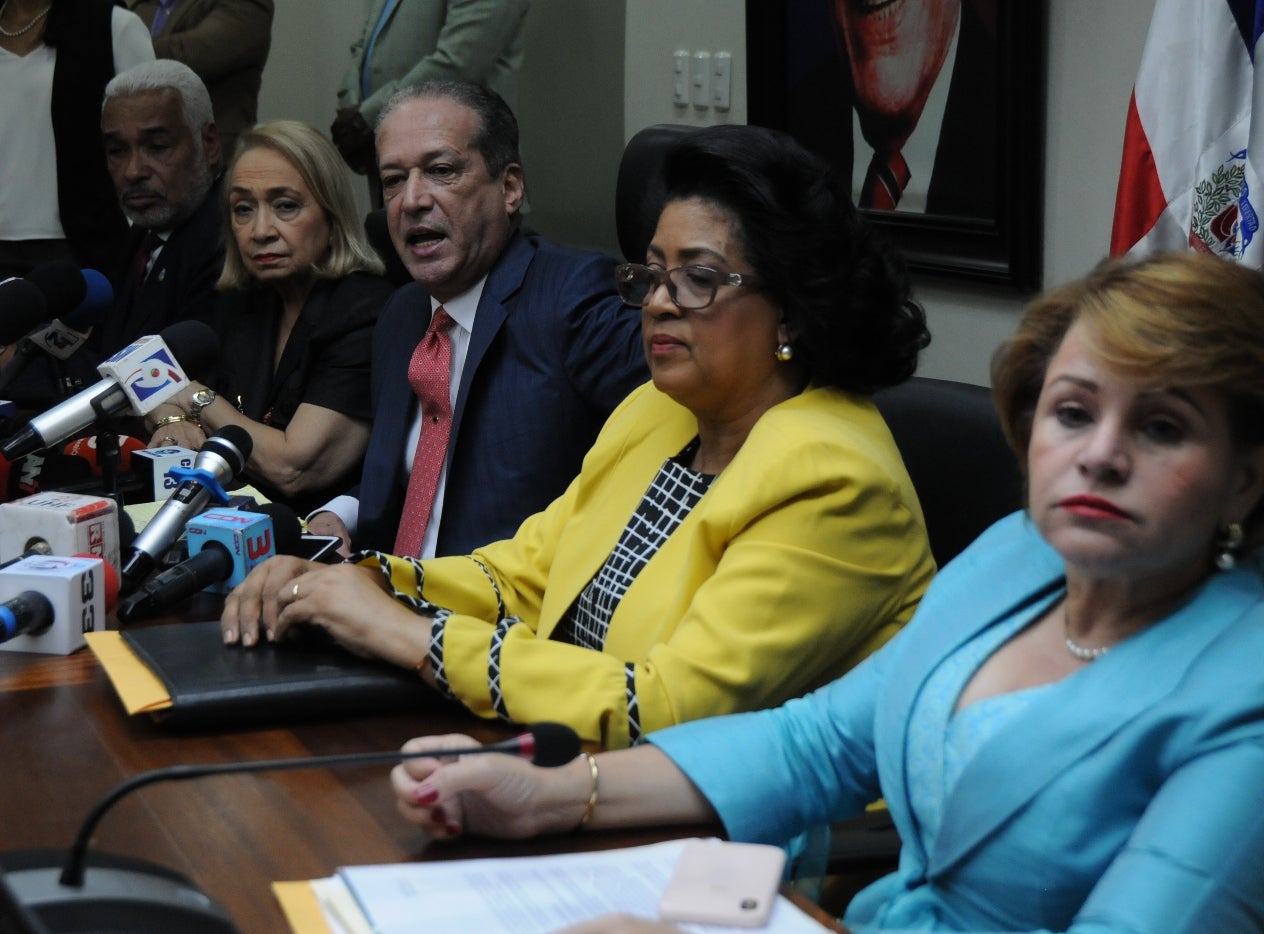 Pared Perez, accompanied by other leaders, offers details of the meeting. Nicolás Monegro

SANTO DOMINGO.- The Central Committee of the Dominican Liberation Party was convened on Monday to receive proposals and approve, in total freedom, the new members of the Political Committee to fill the vacancies left by former President Leonel Fernández and other followers who now integrate the Force of the People. Temístocles Montás has been appointed the internal president of the PLD.

This was decided by President Danilo Medina and 23 other members who participated last night in the first meeting of the Political Committee with the absence of Fernández, Radhamés Jiménez, Rafael Alburquerque, Rubén Bichara, Bautista Rojas Gómez and Franklin Almeyda Rancier, who left the entity.

The replacement for the deceased Juan de los Santos and José Joaquín Bidó Medina will also be chosen, who has resigned due to health problems.

In the meeting headed by President Medina, it was approved to request that the Central Committee grant powers to the Political Committee to designate the new holders of 13 secretariats that are vacant due to resignations of members that formed The Force of the People.

Likewise, it was instructed that the Organization Secretariat, which is headed by Deputy Miriam Cabral, should open the register for new registrations of supporters who want to belong to the ranks of Peledeism.

A commission formed by Temístocles Montás, Ramón Ventura Camejo, Francisco Javier García and Miriam Cabral was entrusted by the Political Committee to develop an action plan to be discussed at the next meeting of this body set for Tuesday, starting at 7 pm.