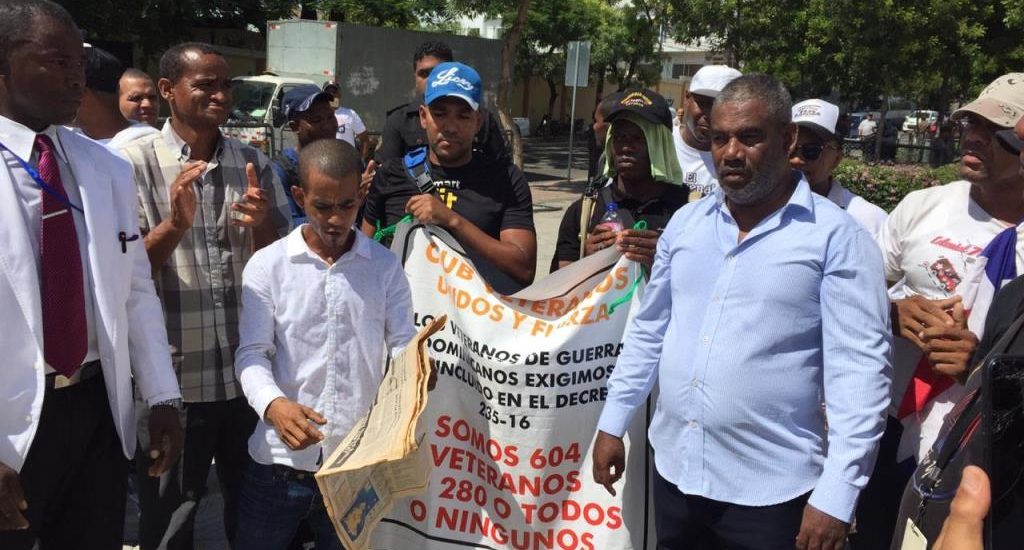 Santo Domingo.- A group of Dominican Army veterans who served in Iraq 16 years ago again held a demonstration near the National Palace to demand payment of the benefits promised to the soldiers who were in Desert Storm.

“Where are the benefits they promised us? Who has them. Honor the commitment and get us out of extreme misery, is what we ask of the Dominican government,” said Manuel Olivero Espinosa, Army 2nd Lt. (r).