General Commander of the Army: “the border is safe and calm” 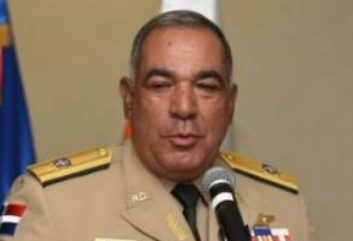 SANTO DOMINGO. – The General Commander of the Army, Major General Estanislao Gonell Regalado reiterated this Saturday that the border is safe and quiet, despite the riots that persist in Port-au-Prince, the capital of Haiti.

“The Army keeps its troops committed to safeguarding the entire border area. The border is safe and quiet,” he said.

Gonell Regalado recalled that the military forces have increased their operational capabilities, integrating some 600 more men from the Hunters Battalion and the Command Battalion, which add up to the 8,500 already established, to total about 9,100 members.

The general commander of the Army recalled the two routes that high military commanders made last week in the border area north and south, with the defense minister at the head, to verify operational readiness and conditions of its troops and equipment and drones.

When questioned by journalists, the head of the ERD gave assurances that his troops are determined to safeguard the entire border area.