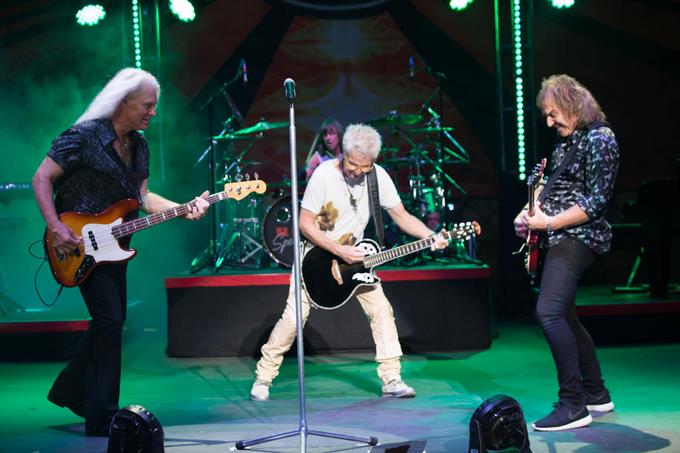 The magic of the 80’s rock was felt on Sunday with an unmatched strength with the American group “REO Speedwagon” in the Altos de Chavón amphitheater, where thousands of fans of the band’s music relived moments of the time through each verse.

With the certainty that all those present and the members of the band together are living proof that Rock n ‘Roll will keep them young forever, the pianist of that group Kevin Cronin took the time to express his gratitude to the public that he addressed using the Spanish language.

More than 15 songs were performed, including “Can´t Fight This Feeling,” “Back On The Road,” “Wish You Were There,” “Tough Guys,” and the unforgettable “Keep On Loving You.” The group founded in 1967 had great popularity in the 1980s, mainly in the United States, reaching the top of the charts (2 songs and one Album).

The name of the band comes from the truck (R.E.O. Speed-Wagon) produced by the American factory REO.

The first time REO visited the Dominican Republic was in 2008, achieving empathy with the audience, interpreting their more than four decades of successes.

The opening was in the hands of the American rock group “Asia featuring John Payne,” who for the first time appeared in the country captivating those present and creating an “eighties” atmosphere with the colors of the time, which served as lighting for the stone steps of the amphitheater.