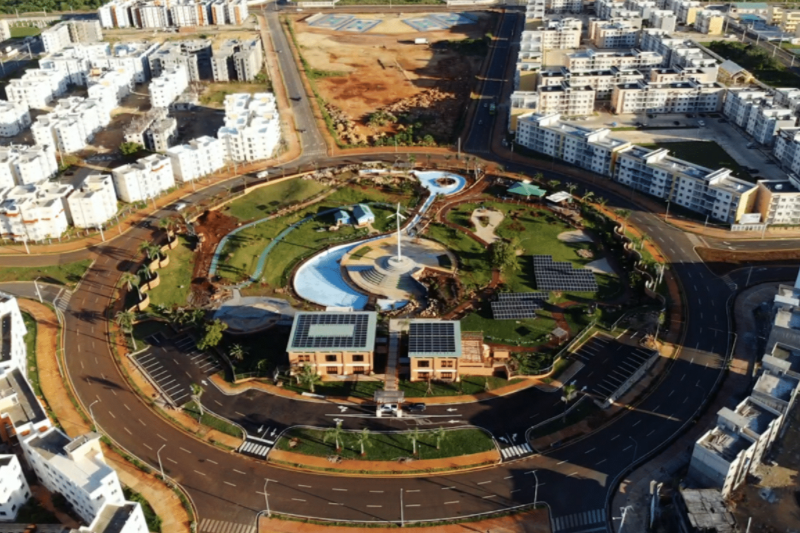 SANTO DOMINGO, Dominican Republic.- President Danilo Medina led the inauguration of the Renewable Energy Theme Park in the City of Juan Bosch. The park will generate clean energy with different technologies that represent the future route of the electricity industry based on production and energy consumption with sustainable criteria.

The Park is an initiative of the Ministries of the Presidency and Energy and Mines (MEM) and built by the latter with the collaboration of different public and private entities.

The Minister of Energy and Mines, Antonio Isa Conde, said that this is not only a Theme Park but a learning space where young people will come to learn to love and understand renewable energy, which he considers as the most essential way to preserve the integrity of the planet and guarantee the well-being of current and future generations.

“Mr. President, as you can see, among the works of his Government that must not remain hidden must be the Renewable Energy Theme Park of Juan Bosch City, as it is part of the memorable accomplishments of his administration, which are multiple, concrete, functional and of unquestionable contribution to the development of the country, driven by a will that, like yours, is marked by tireless work and the achievement of concrete objectives,” proclaimed Minister Isa Conde.

Meanwhile, the Minister of the Presidency, Gustavo Montalvo Franco, stressed that the Park is symbolic because of its location in the center of Ciudad Juan Bosch and that it is called to become an articulating node of activities and attractions.

“This will be a space for collective recreation and education, as well as a future scenario of recreational and cultural activities, community, public and private, for the enjoyment of residents and visitors,” he said.

The institutions and companies that have cooperated with the construction of the Theme Park are the Patrimony Fund of Reformed Companies (Fonper), the General Directorate of Customs, the Ministry of Public Works, Trust Management Unit, CDEEE, National Energy Commission, Soventix, EGE-HAINA, Rensa, Edesur, Edeeste, AES Dominicana, Servinca, Raas Solar, Tecnicaribe and CNA Meccanica.

The Renewable Energy Theme Park has a total area of ​​25,000 square meters and has 600 linear meters of outdoor trails that run through each of the thematic stations.

In the Water Station, it has a Ferris wheel and a mini hydroelectric plant for electricity generation. It is bordered by a rocky area and a water mirror and starts with a water curtain in the outside area, which works with a solar pump.

The Sol Station features photovoltaic plants on the roofs of the two buildings and the ground. It has a Smartflower, with panels that generate energy following the path of the sun.

The Air Station has a turbine with a generation capacity that can reach 10 kilowatts. It also has a Biomass Station in which energy is generated from organic waste.

The Rural Applications Station shows how to take advantage of natural resources for energy self-sufficiency, through solar panels, solar pumping, and biomass in a Lorena and biogas stove.