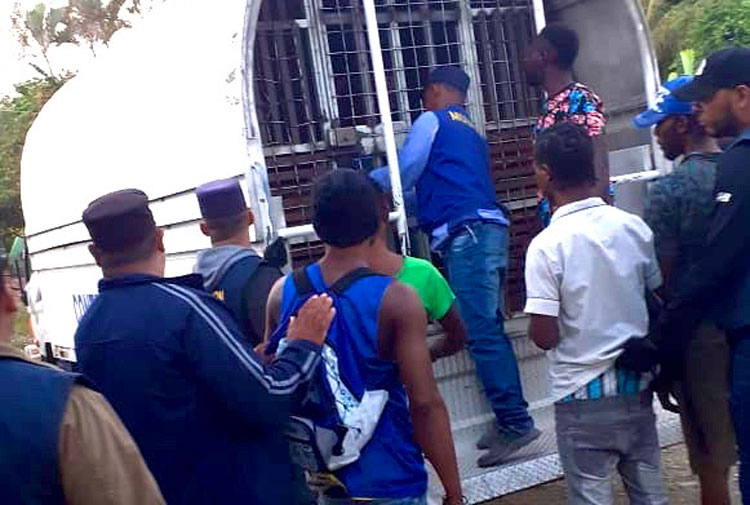 SANTO DOMINGO.-The General Directorate of Migration (DGM) carried out migratory interdiction operations in nine (9) provinces and the National District, during which they deported 953 Haitian nationals who remained illegally in the country.

Haitian nationals were repatriated at the border points of Dajabón and Elías Piña. They were handed over to the authorities of the neighboring country, always respecting the dignity and human rights of the people.

During the operations, the migration inspectors were assisted by members of the Army, the Navy, and the Air Force of the Dominican Republic, the National Police, representatives of the Public Ministry, and the Environment and Natural Resources.