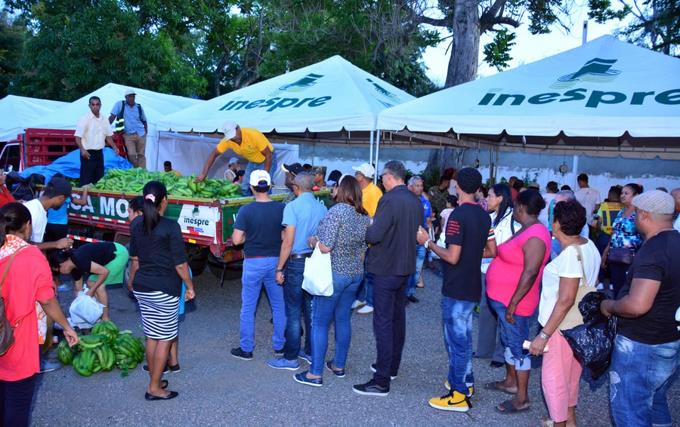 More than 216,000 people have benefited from the Direct Food Sales Program (PRODA) implemented by the Government through the Ministry of Agriculture, the Institute for Price Stabilization (INESPRE) and Merca Santo Domingo.

The products have been sold through the trucks of the Ministry of Agriculture and the INESPRE Mobile Warehouse program, with the support of Merca Santo Domingo.

Through this project, 2.6 million units of plantains and bananas have been sold at low costs, impacting so far 245 sectors, through 420 operations carried out in 24 days that the project has been developing.

The Creole banana is sold packed in meshes of seven units at 50 pesos, that is, around seven pesos per unit, while the top size bananas cost 30 pesos the mesh of 20 units.

Jorge Zorrilla Ozuna, director of INESPRE, reported that the program is being developed with the objective of stabilizing the prices of both high-consumption products in the population, which in recent days have experienced unusual increases attributed to drought and increases applied by the chain of intermediation.

Ozuna thanked the Ministry of Agriculture for taking into account the institution to jointly execute this project and Merca Santo Domingo who have contributed with the staff that stores, purifies and packages the food that is taken to the population.