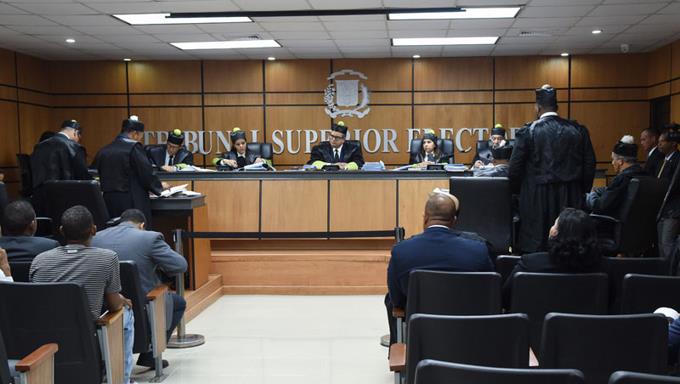 The sentence issued yesterday by the Superior Electoral Court had the vote of four of the five judges that make up that high court.

The Superior Electoral Court (TSE) established that former president Leonel Fernández has no constitutional or legal impediment to hold a candidacy for a position of the popular election in the general elections of 2020, using a sentence that had the vote of 4 of the five judges that make up that high court.

The judges of the TSE declared Fernández unconstitutional and inapplicable, article 49 number 4 of Law 33-18 on Political Parties, Groups and Movements, and Article 134 of Law 15-19 on Electoral Regime, as well as the final part of the Article 10 of the regulations for the selection of candidates through conventions or surveys issued by the Central Electoral Board (JCE), on May 7, 2019.

The texts declared unconstitutional by the TSE through diffuse channels (only links to the parties), prohibit the candidates of one party from participating in another in the same electoral process.

The high electoral court accepted the request for the declaration of unconstitutionality presented by Leonel Fernández, to which the Dominican Workers Party (PTD) adhered, considering the court to be unaware of the provisions of articles 22.1, 74.2 and 123 of the Constitution—because they impose requirements not required in the Magna Carta to hold a candidacy for a position of popular election.

Under that criterion, the court rejected a lawsuit filed by Francisco Antonio Ventura Felipe against resolution number 4, approved in the XII National Electoral Convention held by the PTD on October 27, 2019. The lawsuit proclaimed Leonel Fernández as a presidential candidate and approved the change of name of that party to be called Force of the People.

Demand
The lawsuit was filed against the PTD, former president Leonel Fernández and the Central Electoral Board (JCE).

TSE ordered the exclusion of the JCE from that process because the conflict concerns an intra-party dispute, in which it does not have a part.

He also declared the request for the opening of debates presented by a group of members of the PTD, headed by its founder, José González Espinosa.

The decision was adopted with the dissenting vote of Judge Cristian Perdomo, as stated in the device of the ruling TSE-100-2019 issued yesterday.

The TSE is chaired by Judge Román Jáquez Liranzo and is completed by magistrates Santiago Sosa, Rafaelina Peralta, and Ramón Arístides Madera.

Immediate reaction
The lawyers of the PLD often reacted to the decision of the TSE, indicating that despite the ruling that declared article 49.4 of law no. 33-18, on Parties, Groups and Political Movements and Article 134 of Law No. 15-19. Organic of the Electoral Regime, these legal provisions maintain their full validity and connection with respect to all the parties that make up the system and, above all, with respect to all the organs and institutions linked to the electoral system, and in particular JCE.

And they add that according to article 185 of the Constitution it is only for the TC to know about the direct actions in the unconstitutionality of laws, regulations, decrees, and resolutions, whose decision in this regard is binding on all public authorities and individuals as a valid guarantee of constitutional norms

JCE excluded
The TSE ordered the exclusion of the JCE from that process because the conflict concerns an intra-party dispute, in which it does not have a part.

Dissidence
The decision was adopted with a dissenting vote of Judge Cristian Perdomo.