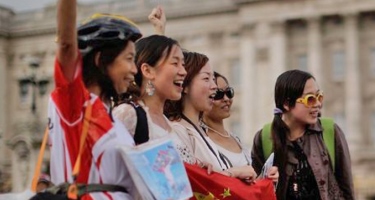 The Dominican ambassador to the People’s Republic of China, Briunny Garabito Segura, said that the increase in Chinese tourists to the Dominican Republic has risen 173% in hotel occupancy so far this year and that just in air reservations alone, there has been a positive variation of 300%.

“Before 6,000 tourists were arriving, now it has increased to 18,000 … But they also have to understand that there are also business reservations,” he said.

He also said that for the construction of the Port of Manzanillo, in Montecristi the Dominican Government will bid for companies to participate, so the Chinese Government does not necessarily have to be the executor of the work, according to Listín Daily.

The ambassador referred in these terms when referring to the issue of surveillance cameras, so he said that the Dominican Government plans to expand the security camera system with facial recognition in the country with technological devices supplied by other companies that are not of Chinese origin.

He also indicated that this is part of a broad government project where only he will have control.

“Not only were cameras intended for the UASD, but they were also intended to improve our security system throughout the Dominican Republic,” said the diplomat, according to Listín Diario.