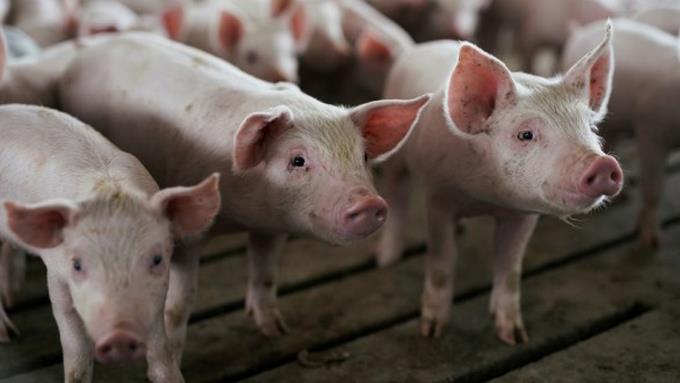 Agriculture Minister Osmar Benítez announced that sausage manufacturers will buy surpluses from domestic pig production after the producers of pork products said they have overproduction due to imports in this market.

Benítez said the country’s sausage industry contacted him so that pork producers would report how much they have available in surpluses for sale.

“The Dominican Republic in 2007 had 44,000 mother sows that are the breeding base and today has 100,000. Despite the opening and the DR-Cafta treaty, what has happened is that pork production has increased in the country and that is because there is a market that buys it,” said the official.

Benítez spoke after the Dominican Agribusiness Board (JAD) chose José López Deschamps as “Agribusinessman of the Year,” for his contributions to agriculture and agribusiness.

López Deschamps is an entrepreneur dedicated to the production of pigs, eggs and laying hens. It is also a processor of sausages and banana products.

In giving the central speech of the activity, the president of the Board of Directors of the JAD, Luis Bonilla, stressed that within the achievements of agriculture in 2019 are laboratory assistance, advice for innovation, rural development projects, support to livestock, financing to small producers and assistance to precision agriculture.

However, he commented that the sector has challenges to overcome so that agriculture is more competitive and friendly to the environment. According to Bonilla, one of the challenges is to overcome the tariff clearance program for sensitive goods of DR Cafta, such as rice, milk, beans, and pigs.