No DR authority has participated in El Abusador interrogation in Colombia 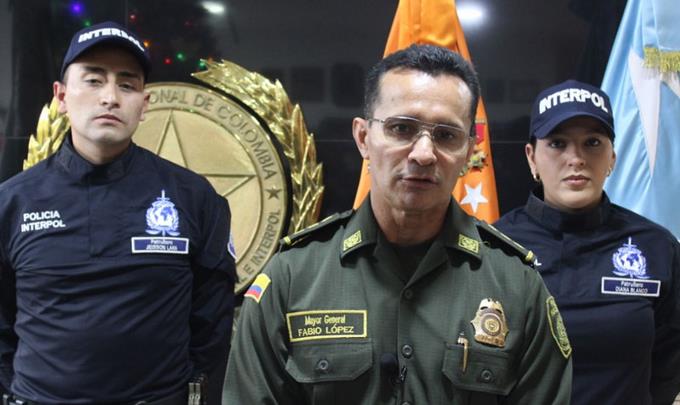 The Dominican authorities have not yet gone to Colombia to participate in the interrogations of César Emilio Peralta, aka César El Abusador, after his arrest last Monday, December 2, at the luxurious Murano Elite hotel, located in one of the most exclusive areas from Cartagena de Indias.

According to statements by the director of the Directorate of Criminal Investigation and INTERPOL of the National Police of Colombia, Fabio Hernán López Cruz, that body has not had contact with the Dominican authorities.

“So far we have not had these correlations, but I think they already have knowledge; possibly there have been telephone contacts,” said the officer.

With pleasure, he added, “we are available to make you talk with the authorities also of the Dominican Republic, as we are doing with international cooperation with Marshall of the United States.”

What the Colombian and Dominican authorities have said is that they participated together in the requirement for the arrest of the man designated by the United States as the “king of cocaine.”

The Peralta capture operation was led by the Marshall agents of the United States, who were stationed in Colombia. Since that time the US authorities have been conducting interrogations of “The Abuser.”

He is currently being held at the La Picota New Penitentiary Central Penitentiary Complex, located on Avenida Calle 51 Sur, Bogotá, Colombia. In this jail, there are more than three thousand people.

Fabio Hernán López Cruz revealed this information through an interview with journalist Carol Fior Daliza Pérez, through a live broadcast on the social network Facebook.

Similarly, the director of the Directorate of Criminal Investigation and INTERPOL of the National Police of Colombia indicated that Peralta’s extradition request is pending.

Collaboration between Colombia and the US

López Cruz points out that both the United States and Colombia are collaborating, together, in the exchange of information and research, but so far no formal request for extradition has been made by the United States.

And he added that the process may take a few days, so there is no exact date when the transfer will take place.

“The United States makes the request to Colombia to respond, and may possibly last five days, ten days, according to the procedure that the United States conducts with Colombia,” he said.

López Cruz said that the Colombian authorities have opened an investigation concerning the attack that Peralta was subjected to in November, in Barranquilla, when he was being transported in a Ford Explorer, and two people who attempted to attack him were injured. One of them moved to a health center, where he was captured.

In addition to this investigation, the Colombian authorities inquire about Peralta’s actions in the world of drug trafficking in that country.

César El Abusador has been linked to a network of sexual exploitation based in Colombia, so, according to the authorities of that country to LISTÍN DIARIO, they could accuse him of this crime.

The director of the Directorate of Criminal Investigation and INTERPOL of the National Police of Colombia reported that “El Abusador” talked with his family and his lawyer in the Dominican Republic. “We have no one with whom he spoke, but he is entitled to his call; He contacted his family and his trusted lawyer for the rigorous procedure that is prosecuted when a person is captured,” López said.