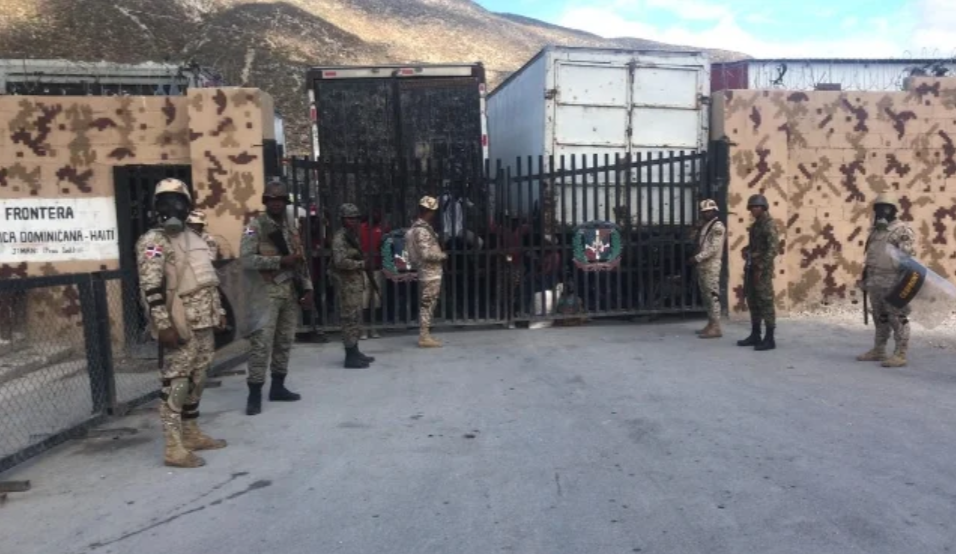 Santo Domingo.— The Dominican Republic will build a border fence at the border, specifically at the Mal Paso border point, in Jimaní, Independencia province.

The objectives of the work, which would be 17 kilometers long, are to make tax collection more efficient and to counter smuggling and drug trafficking at that border point, a high-level source from the Dominican Republic Army revealed yesterday.

For these purposes, the General Directorate of Customs (DGA) called for a public tender exclusively for the purchase of the materials that will be used in the construction of the fence, which will be lifted by the Ministry of Defense.

With the call for bids, published in the national press, the DGA complies with the provisions of Law 340-06 on Purchases and Public Contracting of Goods, Works and Concessions.

Proposals for those interested in participating will be received in sealed envelopes next Friday from 9:00 am, in the presence of a notary.

At the beginning of this year, the Dominican Government also built a fence in the El Carrizal, Elías Piña community in the Elías Piña border province to try to make tax collection more efficient.
That decision generated a strong confrontation with shots and stones between Haitians and nationals in that area.

The Dominican military responded to an assault with stones launched by Haitian nationals. In fact, one Haitian was killed and another injured in the skirmish.

The investigation carried out by the national authorities showed that in the security perimeter established at the height of pyramid 181, where the perimeter fence of the new Customs facilities was built, a mob of Haitians protested and burned tires, to try to prevent the work.

Haiti is one of the main trading partners of the Dominican Republic. Between the two nations, a large land trade takes place every week in the provinces of Dajabón, Elías, and Pedernales.

It is estimated that trade between the two nations economic volume ranges from RD $ 60 to RD $ 70 million each week.

After the United States, despite socio-cultural and border conflicts, Haiti is the second main destination both in volume and in amount of national exports. In addition to informal markets, there is a large and important export and import business.

The two countries have years of commercial relations.

According to data published by the Dominican Association of Exporters on its website, exports to Haiti have shown steady growth in recent years, with an average rate of 20%, with main products: cotton fabrics, wheat flour, cookies, steel rods, cement, among others.

Land trade provides greater ease to bilateral traders, however, there is no shortage of those who daily challenge the authorities to try to make a parallel business outside the established regulations.