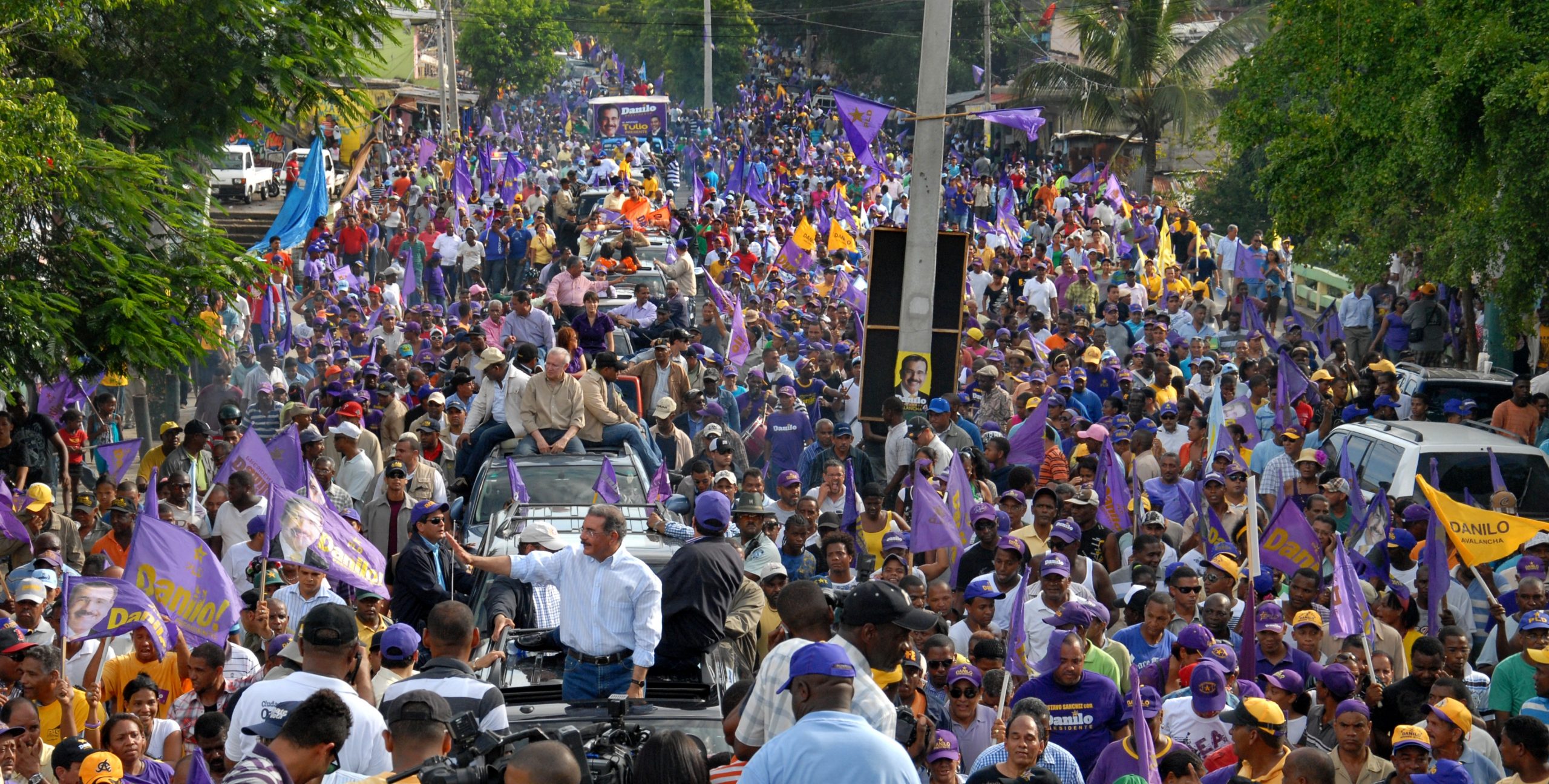 SANTO DOMINGO.- The Dominican Liberation Party will hold a march-caravan today to celebrate the 46th anniversary of the founding of that political organization and swear in its municipal candidates from the Great Santo Domingo.

The starting point of the march is the corner formed by Duarte and Pedro Livio Cedeño avenues and will cross Duarte, Mercedes, Sánchez avenue and conclude in the Plaza Juan Barón avenue George Washington.

The tour will then touch the expansion Luperón, Social Improvement, Villa María, Villa Consuelo, San Carlos, Chinatown, San Antón, Colonial City, New Town, among others, until concluding on the Malecon.

As a march – caravan the leaders of the PLD will be headed by President Danilo Medina and the presidential candidate Gonzalo Castillo.

In the trajectory, the organizing team of the march-caravan authorized the blocks of Intermediate Committees, allied parties, support movements and candidates of the municipalities of Greater Santo Domingo, place platforms with their promotions and vivacity, which give the festive character to the March.

On the perimeter of the starting point a platform will be located for the act of swearing in the candidates for mayors and district directors, an oath that will be in charge of the presidential candidate of the PLD, Gonzalo Castillo, having as a witness President Danilo Medina and the members of the Political Committee.

An order and security team is in charge of controlling the activities in order to maintain the dynamics of the activity that combines the concentration with the caravan march.

In addition to the activity of Saturday 14, the Dominican Liberation Party scheduled a floral offering before the bust of Professor Juan Bosch in the National House on Sunday, December 15 from nine in the morning, with the motivation of the offering of a position in the representation of the Political Committee.

The offering will be completed with Christmas songs in the courtyard of the National House thus celebrating with joy and enthusiasm the age of 46 years.

The PLD was founded on December 15, 1973, through its Constitutive Congress that was named after Patricio Juan Pablo Duarte with a 25-member Central Committee and a Political Committee of five, chaired by Juan Bosch, who conceived and shaped that party instance, that he himself described as his main political work.