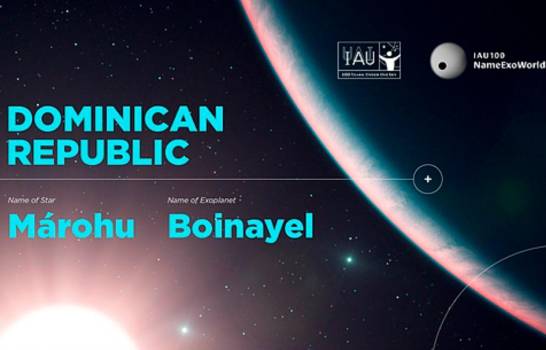 Santo Domingo.- The Dominican Republic has just named a star and its exoplanet with two deities from Taino mythology, Márohu (star) -Boinayel (exoplanet).

Diario Libre journalist Marvin del Cid proposed the names of the stars which refer to the Taino deities described by Fray Ramón Pané, more than 500 years ago.

They are recorded in a stalagmite at the Cuevas del Pomier Anthropological Reserve, in San Cristóbal province, where “an extraordinary astronomical-anthropological event’ occurs every winter solstice.

The name of both celestial bodies emerged within the framework of the International Astronomical Union (IAU) centenary through its initiative ‘NameExoWorlds,’ where the Dominican Republic had the historic opportunity to name to an exoplanet and its host star