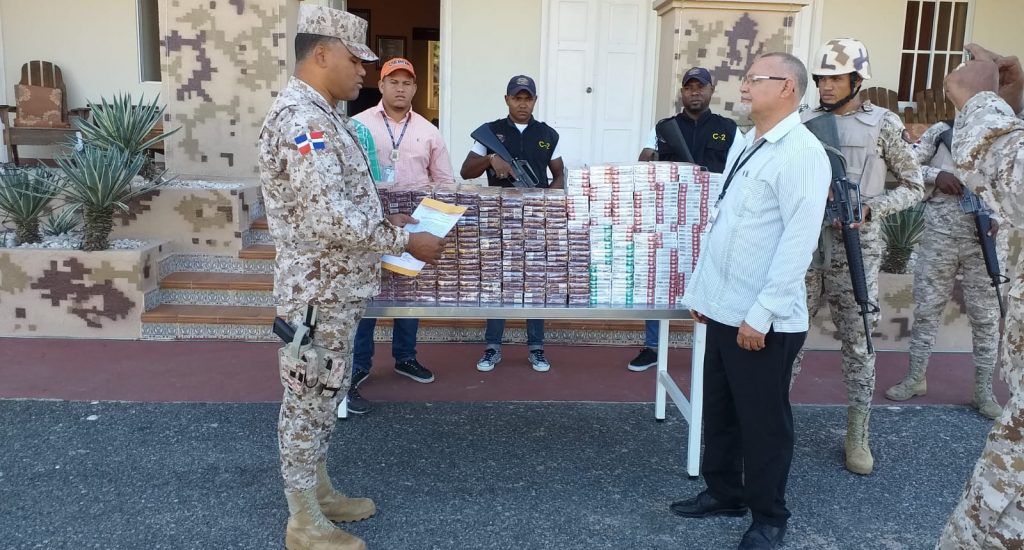 Santo Domingo.- Border Security on Wed. delivered to Customs in Dajabón 330,800 cigarettes that were seized in various operations carried out in the Northwest area.

With that amount, Cesfront has delivered more than 4 million cigarettes to Customs, and more than 1.5 million to the Prosecutor’s Office as part of several cases with several people in custody.