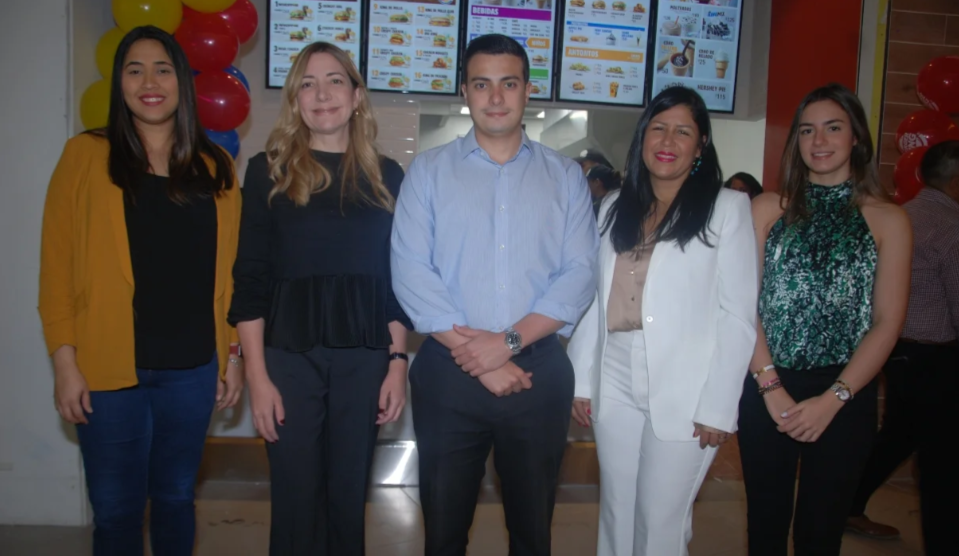 The grills were lit on the fourth floor of Agora Mall, where the main executives of the Whopper house chain, Burger King, opened its 26th restaurant in the Dominican Republic.
Clients, special guests and representatives of the country’s media attended the opening of the new space.

Isabel Turull, president of Concessions and Services, representative of Burger King in the Dominican Republic, said she felt satisfied and honored since this opening is contemplated within the plans to commemorate the 25th anniversary of the franchise in the Caribbean island nation.

At the same time, he pointed out that they will continue to identify new locations to continue bringing the flavor of the best hamburgers made with 100 percent grilled beef, and has already announced the next opening on Luperón Avenue.

Subsequently, Alexandra Bodden, Marketing Manager for the brand in the Dominican Republic, spoke about the new image of its restaurants that make up 89 percent of all its locations in the country.

In addition, he commented on the news channels so that his customers can get their delicious grilled hamburgers, as is the Delivery Channel, through Orders Ya, Glovo and Uber eats.